BNS
aA
Lithuanian and Polish power transmission companies Litgrid and PSE have asked the EU for financial support to carry out feasibility studies for a new Baltic submarine cable. 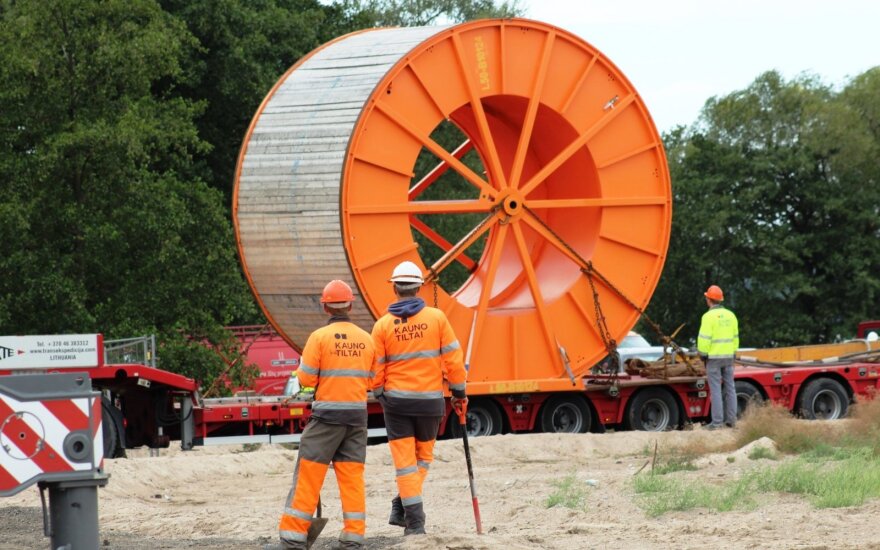 "We asked for support for Harmony Link studies under the Connecting Europe Facility on June 11. for 20 million euros together with Poland. The maximum what we can get is 50 percent. (…) We are asking for 4 million euros for Lithuania. The European Commission is now looking into it," Litgrid CEO Daivis Virbickas told a press conference on Friday.

Litgrid and PSE signed an agreement on the HVDC cable Harmony Link on Dec. 21 as the Baltic states plan to synchronize their power grids with that of continental Europe.

Rimvydas Stilinis, board chairman at Litgrid, said earlier in the day the Harmony Link cable and related infrastructure will need the largest share of investment, valued at around 850 million euros, but Poland is still calculating its needs.

Lithuania and Poland hope to receive the maximum 75 percent funding under the CEF, or 637 million euros, just as they got for the first stage.

The total synchronization project costs will stand at around 1.5 billion euros, with the EU funding expected to amount to 1.13 billion euros.

The leaders of Lithuania, Latvia, Estonia, Poland and the European leaders on Thursday endorsed a work...

Lithuania has secured 10 million euros in EU funding for preparatory work for a new submarine cable...