BNS
aA
Lithuania's airports are scheduled to add more flight destinations to their schedules in September, with the biggest flight increases expected in the direction of the United Kingdom, Norway, Sweden and Ireland. 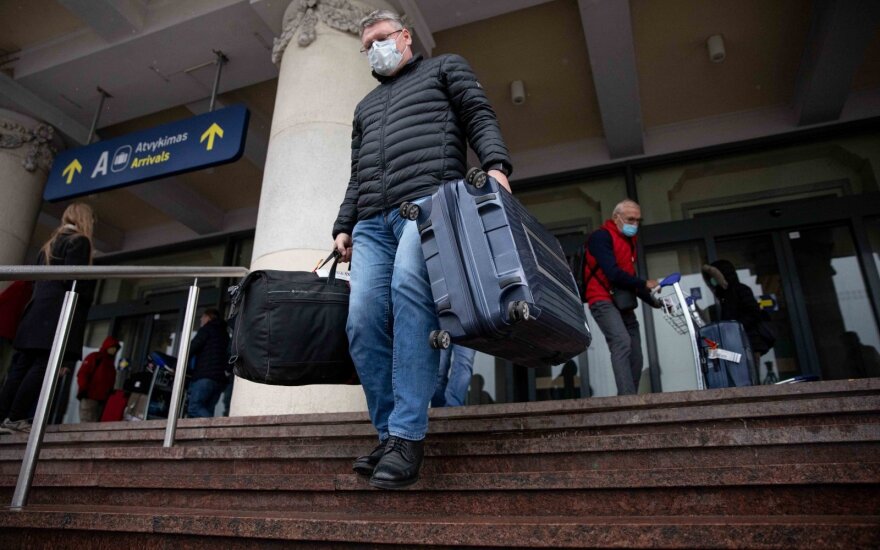 Aurimas Stikliunas, the head of aviation services at Lietuvos Oro Uostai (Lithuanian Airports, LOU), the airport operator in Lithuania, says Lithuania's three airports recorded around 25 percent of last year's flights by the end of November, and this rate is expected to reach 40 percent in mid-December.

"There's also a good indication that we are receiving a growing number of inquiries from passengers on travel possibilities in December as people want to visit their relatives abroad or return to Lithuania," Stikliunas said in a statement.

Raynair plans to fly to London, Liverpool and Leeds, Dublin, Vienna and Milan.

airBaltic plans to fly to London, Paris, Oslo, Kyiv and Munich, and Scandinavian Airlines will fly to Copenhagen, Stockholm and Olso.

Palanga Airport is preparing for an important reconstruction in the autumn of 2021, as the runway of...

Automatic self-boarding gates will be installed at Vilnius Airports early next year, and the airport...

A governmental commission that vets strategic deals has launched a review of Nuctech, a Chinese...

airBalric cancels flights from Riga to Vilnius and Palanga this week

Latvian airline airBaltic cancelled its flights to the Lithuanian capital Vilnius and the...