DELFI EN
aA
The three international airports of Lithuania summarised the results of the second quarter and rejoiced that the passenger aviation is returning to the usual pace. After the stressful period which was created by the pandemics caused by COVID-19, every day the airports provide services to more and more persons who want to travel, while the airlines renew more and more flights. Even though the peak in the number of flights and passengers during this period was recorded in June, it is expected that this July will demonstrate even better results, the Lithuanian Airports writes in a press release. 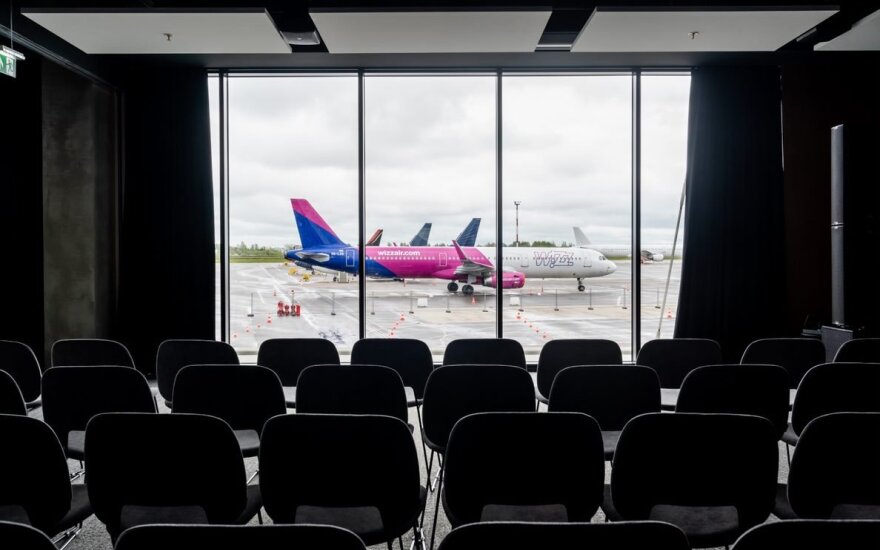 When summarising the second quarter of the year (April – June), representatives of Lithuanian Airports notice that the last three months have been stressful and unsettled. Nevertheless, the stagnation of passenger aviation which commenced in March is gradually retreating while the diminishing restrictions on travelling of the countries and improving situation within the state, seems to be resurrecting passenger aviation for a new life.

While in April Lithuanian Airports jointly provided services to more than 1400 passengers, in May this number increased to almost 4 300 passengers and in June 42.6 thousand passengers arrived and departed from the airports of the state.

According to the representatives of Lithuanian Airports “the spring air hole” generated a loss of more than one and a half million of passengers (in comparison to the results of the same period last year), nonetheless, despite everything, the current results keep improving every day.

During the second quarter of this year Lithuanian Airports jointly provided services to more than 3 thousand flights, half of them took place in June (1 633 flights), whereas Vilnius Airport remains the main air gate of the country, since during the first month of the summer it provided services to 974 flights.

June was also the most generous month in respect of the directions: during this period 22 directions could be chosen from Vilnius Airport, 6 directions – from Kaunas and 3 directions from Palanga.

As it is forecasted by the representatives of the Lithuanian Airports, the results of July should revive the aviation of the country even more. It is expected that more than flight 70 directions shall be offered, some of them completely new.

It is stated that July shall be the month which will assist the aviation market in regaining the former acceleration, since not only the airlines have announced their return, the charter flights are returning as well and offering various choices for holidays at both beloved and new directions.

According to the experts, the record passenger flows of 2019 should be restored by the passenger aviation at the end of the next year.

The national airports operator further pursues the goal to ensure a smooth travelling experience for...

Some 70 flights to return to Lithuanian airports in July

As European countries are gradually resuming air transport, some 70 flights are scheduled to return to...

Travelers may have to self-isolate on return to Lithuania even if they travel to a country that is...

Palanga Airport is preparing for an important reconstruction in the autumn of 2021, as the runway of...