BNS
aA
After Germany's Lufthansa became the first airline to relaunch regular flights between Vilnius and Frankfurt, the chief executive officer of Lithuania's international airports says more carriers want to follow suit, but they need clarity as to where and when flights can be operated. 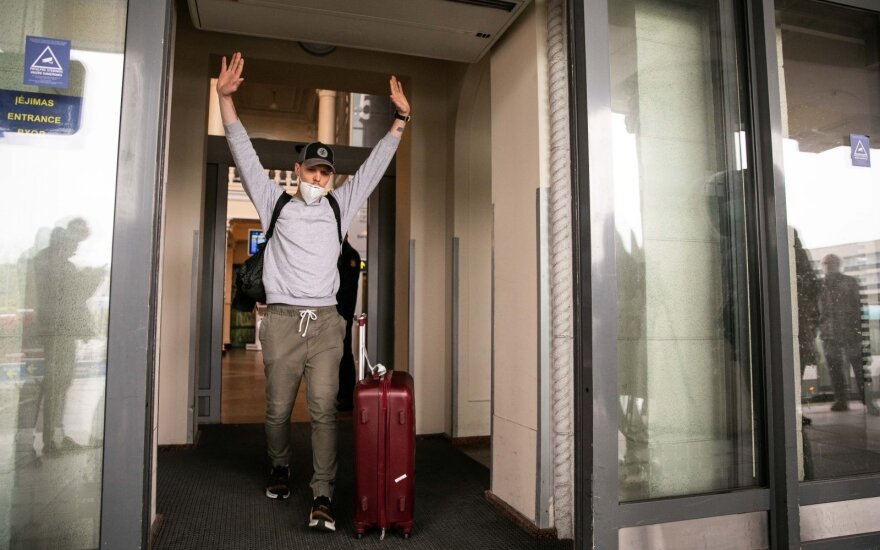 According to Marius Gelzinis, the CEO of Lietuvos Oro Uostai (Lithuanian Airports), Hungary's Wizz Air and Belarus' Belavia have submitted applications since last Friday, but neither the Foreign Ministry nor the Cabinet have approved them yet.

"There is an unclear system and unclear selection criteria (...). There're no criteria as to which country is safe. There's no list of countries and these criteria are decided on a case-by-case basis," Gelzinis told BNS.

"This is worrying for airlines, because they want to know clearly whether it's still worthwhile for them to negotiate with us, or they should instead be looking for other countries to start flights in," he added.

According to the CEO, Wizz Air would like to fly to London, Alesund and Bergen (Norway), Belfast (Northern Ireland), Belund (Denmark), Kiev, and Turku (Finland), and Belavia to Minsk.

"SAS has not yet made any decisions on flights to Copenhagen in late May. They're waiting for clearer selection criteria," Gelzinis said.

Air Baltic also filed an application. The government allowed the Latvian airline to relaunch flights from Vilnius to Riga next Monday, and to Tallinn a week later.

Lithuania closed its airspace to passenger flights and ferries on April 4.

As Lithuania and other European countries begin to ease lockdown restrictions imposed during the...

Kaunas Airport aims to have the most developed infrastructure for further expansion of MRO...

As a large part of the world suspended air traffic due to the coronavirus pandemic, the CEO of the...

After receiving all of the necessary permissions, airBaltic announces that it plans to launch direct...

As the aviation industry is gradually beginning to recover and various restrictions for organizing...

On the 9th of April, an illegal party was detected in Vilnius. The police identified 89 participants;...

On Sunday, 592 new coronavirus cases were recorded in Lithuania. In total, the country has already...

Well-known Lithuanian microsurgeon Professor Kestutis Vitkus has passed away at the age of 68,...