BNS
aA
The Lithuanian government is expected to consider on Wednesday legislative amendments to introduce mandatory vaccination against COVID-19 for some workers and oblige employers to pay for testing of those who refuse to take the jab. 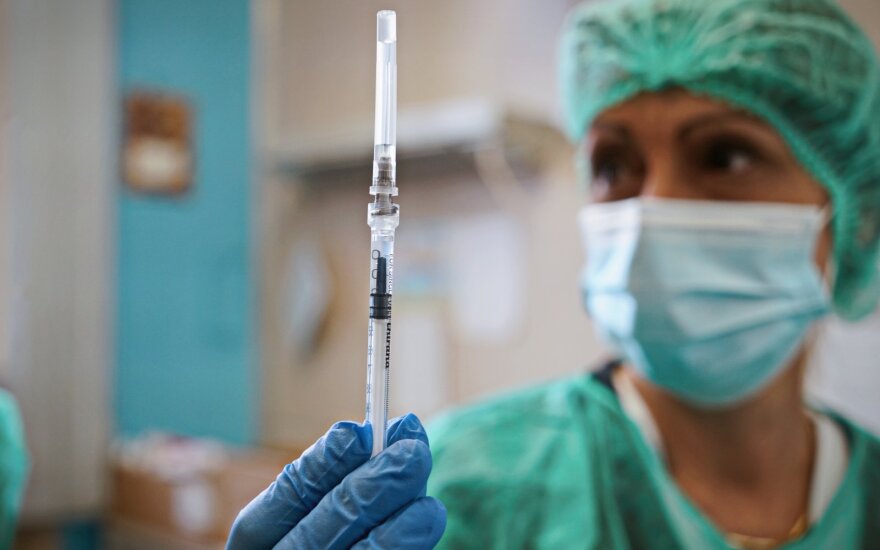 The amendments to the Law on the Prevention and Control of Infectious Diseases in Humans, drafted by the Health Ministry, would require that people in certain jobs or activities be vaccinated against the communicable disease because of which an extreme situation or a lockdown has been declared.

"Vaccination would be compulsory for certain persons; the list will be approved by a government resolution," Deputy Health Minister Ausra Bilotiene Motiejuniene told BNS on Tuesday.

She noted that the proposal is under discussion and can still be changed. If the Cabinet approves the draft legislation on Wednesday, it will be submitted to the parliament for a final decision.

The amendments would prohibit workers from doing jobs on the list to be approved by the government unless they are vaccinated, cannot take the jab for medical reasons, have developed immunity through infection, or have no access to vaccines.

Unvaccinated workers will have to switch to teleworking or be reassigned to another job in the same organization where possible. If neither of these options is available, they will have to be suspended without pay until the extreme situation or lockdown regime is lifted.

The vice-minister said that the list of areas in which work would only be possible after vaccination would differ from the current list of activities in which workers can work if they have developed immunity or test regularly.

"I cannot give you the list today, but it will certainly not be analogous to that of compulsory testing," she said.

It is also proposed that health checks on other workers for the communicable disease should be financed by the employer unless the workers cannot get vaccinated for medical reasons.

The amended law would come into force on November 1 to give workers enough time to take at least one vaccine shot.

The Lithuanian Social Security and Labor Ministry suggests offering a one-off payment of 100 euros to...

The Lithuanian government approved on Wednesday a proposal to offer a one-off payment of 100 euros to...

Some 1,200 reports on adverse reactions to COVID-19 vaccine jabs, including more than 100 reports on...

Lithuania to offer COVID-19 booster shots to everyone shortly

Lithuania will shortly start offering COVID-19 booster shots to all people, Lukas Galkus of the Health...