(1)
DELFI EN
aA
The Parliament (Seimas) of the Republic of Lithuania has adopted a package of investment and corporate tax laws, which offers a new instrument aimed at attracting large investments of local and foreign capital. The package of laws, also known as the ‘green corridor for investment’, provides for much faster and simpler establishment procedures for investors as well as incentives for municipalities hosting investors. It is a regional development-oriented initiative aimed at promoting investment across Lithuania. 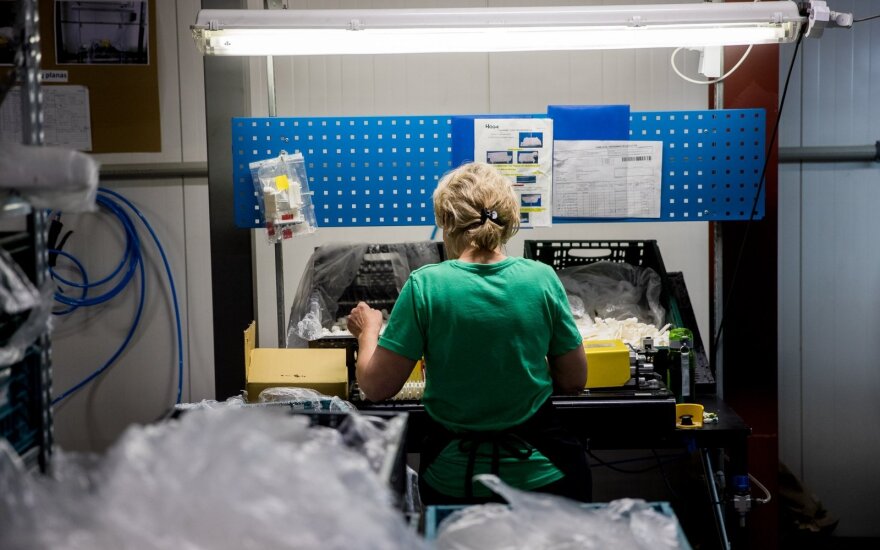 ‘We plan that these major changes in the regulation of investment will lead to the creation of 2000 new jobs throughout Lithuania within 5 years, including also the remote regions of the country. Our goal is to attract foreign direct investment projects that create many jobs and bring large investments, as well as offer additional incentives for Lithuanian businesses that wish to expand,’ says Minister of Energy acting Minister of the Economy and Innovation Žygimantas Vaičiūnas.

Amendments to these laws are important in increasing Lithuania’s ability to compete with other states for attracting large investments.

According to Minister Vaičiūnas, the abovesaid instrument will create opportunities for Lithuania to successfully compete with other countries for attracting and maintaining investments and gain an additional advantage: we will be able to both apply the corporate tax incentive and also create conditions for investors to benefit from faster procedures in the areas of territorial planning, construction, land use, migration and others.

‘When competing for productive investment, appropriate regulation combined with the developed infrastructure is among the key needs of investors and advantages countries may offer. The adoption of the investment and corporate Income tax package will strengthen Lithuania’s ability to attract manufacturing companies which are coming back to Europe from Asia and to redistribute the supply chains. The neighbours of our region have long been committed to large investments, which in fact means competitive incentives. We must keep up by seeking further improvement of the national investment environment if we are to overtake our competitors and attract big projects and players like Continental, Hella or Holllister,’ says Mantas Katinas, Head of the foreign investment promotion agency Invest Lithuania.

Projects can be implemented in any region of Lithuania, therefore, this incentive is important in promoting the development of the country’s regions. The implementation of large projects has a significant impact on the country’s economy: taxes are paid, local suppliers’ goods and services are purchased and high value-added jobs are created. Large projects increase productivity levels and create higher value-added products, which promote economic progress.

Unity Technologies , creator of the world’s most widely used real-time development platform for...

Currently, one of the most dynamic markets in the world is the Information Technology market....