BNS
aA
Lithuania managed to get an indirect message to Belarus on safety standards at its nearly-completed Astravyets nuclear power plant included into the European Union's climate change commitments. 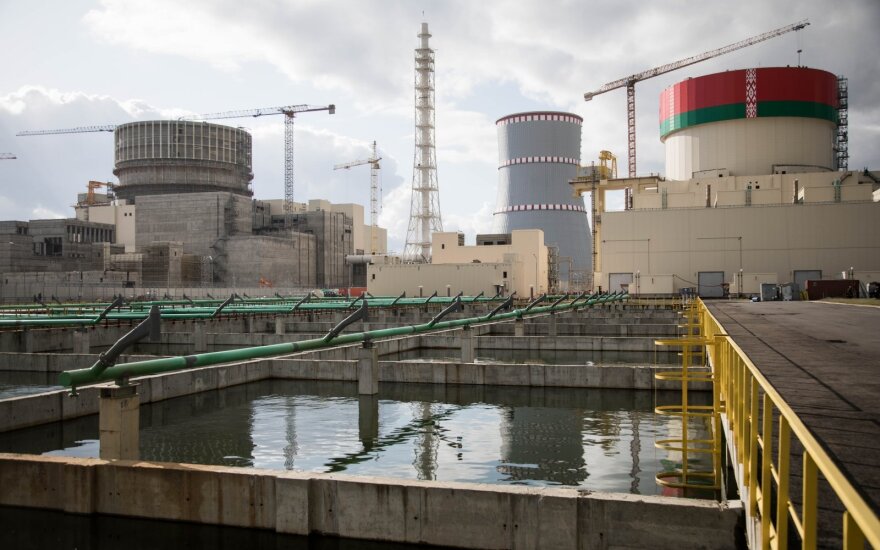 "Facilities in third countries need to adhere to the highest international environmental and safety standards", EU leaders said in their summit conclusions, a copy of which was obtained by BNS.

This sentence comes next to the bloc's commitment for Europe to shift to a climate-neutral economy by 2050.

"(The sentence) sends a message (...) that those countries neighboring the European Union can't use non-advanced technologies, or, to say more, dirty technologies, and, possibly, pose unjust and unfair competition to the EU by using the cost factor," he told reporters in Brussels.

Lithuania says the Astravyets plant under construction some 50 kilometers from Vilnius fails to meet international safety standards, an allegation that Minsk denies.

Belarus' authorities say the power plant could start operating in the first quarter of 2020.

The Lithuanian president told his EU counterparts that the bloc's plans to require that haulage companies return their trucks to their home country every eight weeks are incompatible with its climate change targets.

"The requirement to return trucks will put even more strain on the roads, increase emissions and have all other bad effects," Nauseda told reporters.

"That concern was voiced by us and some other member states," he added.

The European Parliament and Finland, which is currently holding the bloc's rotating presidency, agreed on Thursday to include the requirement for trucks to return to their country of registration at least every eight weeks into the so-called Mobility Package.

The agreement is yet to be approved by the bloc's member states.

President signs bill on restrictions for electricity from Belarus' N-plant