BNS
aA
The dispute between Lithuania and Latvia over the possible import of electricity from Belarus' Astravyets Nuclear Power Plant (NPP) may have to be dealt with by the European Commission, the chief executive officer of Lithuania's power transmission system operator Litgrid has said. 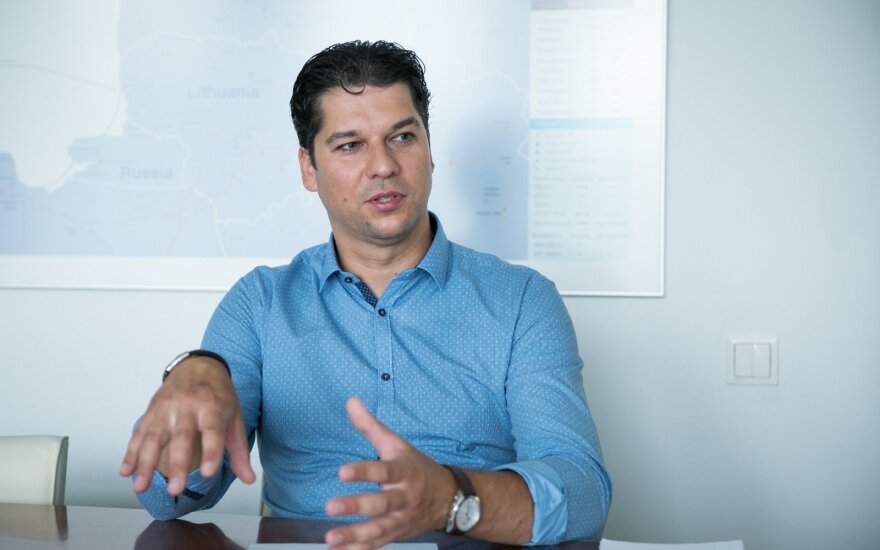 In an interview published on Tuesday, Daivis Virbickas admitted that Belarusian electricity could enter Lithuania through Russia and Latvia.

"In this case, Belarusians will sell electricity to Russia, and Russians to Latvia. Such a scenario is possible," Virbickas told the 15min.lt online news site.

"Electricity can come to Russia from anywhere -- from Belarus or Ukraine. But it would not be Belarusian electricity entering the Baltic countries. It would be Russian electricity imports. From Latvia, electricity is sold on the exchange, where there are no guarantees of origin," he added.

The Latvian government said earlier this month that it might start importing power directly from Russia Lithuania starts blocking imports from Belarus.

According to Virbickas, Latvia would have to obtain the approval of all Baltic power system operators for moving trade to its border.

"There is a code that everyone must follow. If the Latvians create their own trade, it would be a violation of the code. Latvia needs our signature today," he said.

When asked what would happen if Latvia started electricity trade in violation of the code, the CEO said, "Then Brussels, the European Commission, would be the arbitrator. And then the dispute would be settled there. We can turn to it, too".

Lithuania had expected that a boycott of electricity imports could bring the Astravyets project to a halt, but other countries in the region and EU bodies did not back the initiative.

A part of Vilnius will be evacuated during a drill that the Lithuanian capital will hold on September...