BNS
aA
Klaipedos Nafta plans to purchase the Independence floating storage and regasification unit (FSRU) it currently leases from Norway's Hoegh LNG or another vessel by late 2024, the state-run company said on Tuesday. 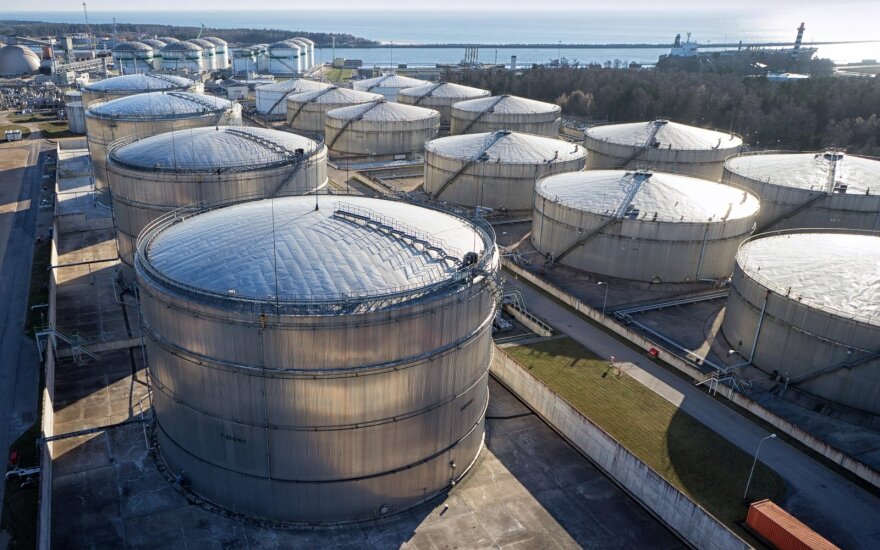 Klaipedos Nafta's management board made the decision on October 31. It is expected to adopt final decisions on a specific FSRU and the terms of acquisition by the end of 2022.

The current lease contract with Hoegh LNG expires in late 2024.

The board authorized the company's management "to agree with financial institutions regarding financing for the acquisition of FSRU by the end of April 2020, and to ensure the respective state aid clearance by the end of May 2021", Klaipedos Nafta said in a statement to the Nasdaq Vilnius Stock Exchange.

It was said earlier that between 121 million and 160 million euros would need to be borrowed for that purpose.

The board also decided to borrow up to 135.5 million euros from the Nordic Investment Bank (NIB) for a period of 26 years. The loan, backed with a state guarantee, would be used to finance the lease of the vessel, spreading out the cost until 2044.

It was also decided to propose that the National Energy Regulatory Council reduce the LNG terminal charge for gas consumers by 27 million euros annually starting next year.

The board's decisions have yet to be approved by Klaipedos Nafta's shareholders.

Klaipedos Nafta said last week it would start in the first half of next year to analyze possibilities to buy a ship on the market and would start drafting requirement for a tender.

The amendments adopted last December paved the way for Lithuania buy out the now used LNG storage vessel by the end of 2024 or acquire a similar vessel. Klaipedos Nafta said then the Seimas' decision opened a new chapter in the country's energy history and paved the way for its regional leadership.

Following his US visit last December, Energy Minister Zygimantas Vaiciunas told BNS Lithuania that the decision to buy out the terminal vessel would fundamentally change the status of Lithuania as a LNG buyer. He also did no rule out a possibility that in the long-run the FSRU Independence could actively participate in transporting gas from the US.

Some energy experts, however, say the vessel buyout decision is hasty as it fails to take into account the fact of gas consumption dropping in Lithuania.

Nevertheless, LNG import volumes via the Klaipeda terminal have been record-high this year and the circle of its users is getting wider not only Lithuanian but also Estonian companies use it.

A study carried out by Poyry Management Consulting in the spring of 2018 showed that the price of imported Gazprom gas for Lithuania could rise 11-20 percent, if the country renounced the LNG terminal, meaning that the country would have had to additionally pay up to 160 million euros a year.

Experts say the LNG terminal provided benefit to Lithuania, worth 20-60 million euros a year, due to low gas prices.

Lithuania decides to buy out its LNG terminal

The Lithuanian government approved on Wednesday the legislation, opening doors for the buyout of the...