(2)
DELFI EN
aA
Researchers at KTU Centre of Packing Innovations and Research, Lithuania have found a solution, which will help beverage makers to pour the liquid through a 120-micrometre filter from a bottle with solid walls. The invention, commissioned by MV GROUP Production, has already been patented. It will improve the quality of beverages and is suited for mass production. 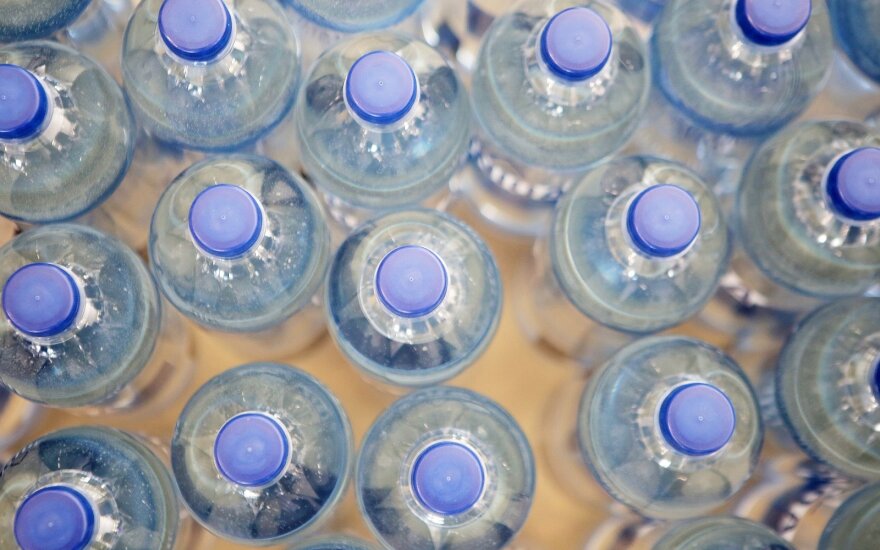 According to the Head of the Centre of Packing Innovations and Research (PITC) Dr Visvaldas Varžinskas, the Centre is actively cooperating with business companies; and some of these partnerships result in innovative solutions or inventions. A recent example is an invention for the food industry used for filtering beverages in rigid bottles, (for example, glass) that contain tiny particles such as herbs, berries, or other solid additives.

Until now, it has not been possible to filter solid particles in beverages, because while using a dense, particle-retaining net, the liquid stayed in the bottle. Industry representatives asked researchers to create a plug that is both permeable and functions as a filter.

“It took half a year for KTU researchers to develop and to install a mechanism in the plug that would equalize the pressure and allow the liquid to flow evenly with a 120-150 micrometre particle-holding net. The hardest part of the task was to adopt an alternative solution to industrial production by integrating it into existing production lines. Finally, the researchers found an innovative plug mechanism solution that allows air getting into the bottle and levelling the pressure. As a result, the liquid escapes through the net at the same speed as through normal plugs”, says Dr Varžinskas.

Algirdas Čiburys, the Head of MV GROUP Production, which manages several beverage factories in Lithuania, says that the invention by KTU researchers is a significant and long-sought innovation that will ensure even better user experience for the products.

“As Lithuanian products manufacturers aiming to nurture Lithuanian beverage traditions, we are sincerely glad that we can source innovative and much-needed solutions locally. KTU researchers have been able to create something that even the best plug manufacturers abroad could not offer so far. This is not the first time when we rely on inventions developed by KTU scientists. To ensure the impeccable quality and exceptional taste of our products, we invest in innovation and aim to implement it in our production”, says Čiburys. 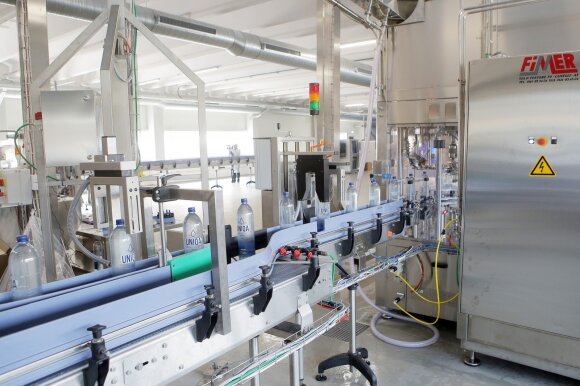 According to Varžinskas, so far only several plug options with filters have been patented in the world. However, for them to work it is necessary to squeeze the bottle or to increase the pressure using an external pump – the self-flow through the dense net did not work. Meanwhile, PITC researchers’ invention ensures the steady flow of liquid through a 100-150 micrometre filter.

“If the air doesn’t enter the inside of the bottle while emptying, the pressure in it gradually falls below the atmospheric pressure outside the bottle and then the liquid stops flowing. Pipes, openings, holes, ducts or other small similar elements need to be installed in the filter to let the outside air get in the bottle. During our investigations and experiments, we developed the perfect shape, size and position of the air-permeable tube and installed it into the filter. Our innovation ensures that the filtered liquid escapes from the bottle in a stable, adjustable-intensity stream while also faster than is possible with analogous solutions discussed above. With a different tube shape, measurements and structural features of the plug, filtered spontaneous fluid leak process from the bottle is disturbed. Therefore, the configuration and dimensions of these structural elements are appropriately coordinated in this case”, Dr Varžinskas explains.

According to the Head of PITC, this innovation has been a major challenge, which turned into a success story.

“The idea of the invention was already patented last year, and this year, after adapting the design to industrial production, we filed a second international patent application together with our partners MV GROUP Production. This invention will soon reach the market and help consumers avoid unwanted impurities in beverages”, says Dr Varžinskas.

COVID-19 has made one thing inevitable: leisure venues are not going back to business as usual for...

Lithuanian scholar in Yale: it made me rethink my personal experiences

Gintarė Venzlauskaitė , a researcher at KTU Faculty of Social Sciences, Arts and Humanities, who...