BNS
aA
The Lithuanian government's decision on Wednesday to raise the minimum monthly wage in Lithuania 9 percent to 607 euros, from the existing 555 euros (before tax), as of next year will hurt regional residents, the ones who theoretically should be benefiting from it, Ricardas Sartatavicius, executive director of the Lithuanian Confederation of Industrialists, warns. 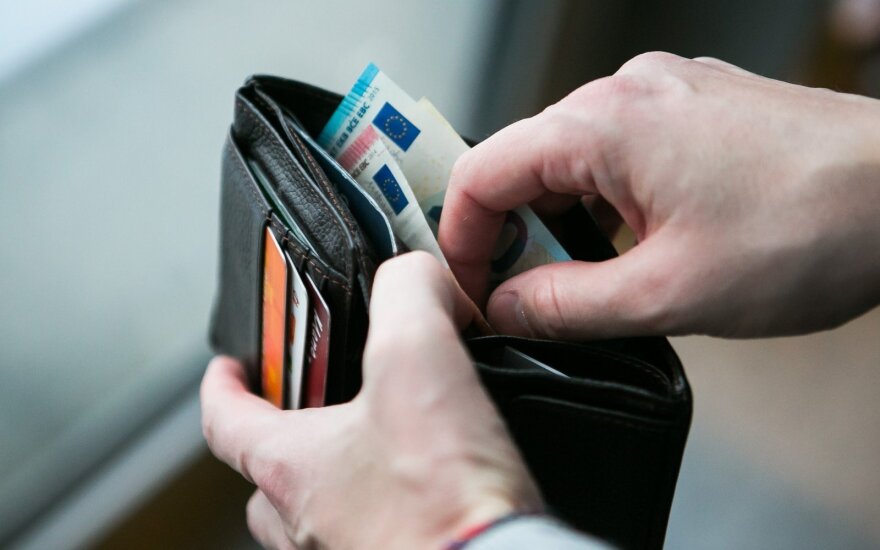 In his words, some businesses might not withstand the MMW raise and might move into the shadow.

Edita Maslauskaite, acting president of the Lithuanian Free Market Institute also warns the MMW increase is likely to raise the prices of goods and services, hitting the most socially vulnerable groups.

"Such a drastic increase does not meet economic tendencies. It can hit small and medium enterprises, in other words, regions, as regions already now have difficulties coping with the MMW," Sartatavicius told BNS Lithuania.

The MMW was raised 7.5 percent to 555 euros as of the start of this year, after going up annually for the past few years.

Moreover, wage rises in Lithuania are way ahead of growth in labor productivity, and Lithuania risks losing its competitiveness, the representative of the industrialists said.

"We need to focus on raising labor productivity, not the MMW. To improve productivity, we need certain investment. So businesses need help here," Maslauskaite said.

The MMW increase is likely to mostly affect sectors relying on unqualified workers, for example, construction and catering businesses.

Maslauskaite also called the decision to raise the MMW to 670 euros "cynical".

"Cynical. That's the only way you can call the decision to raise the MMW to 607 euro before tax," she said, adding that the move would not improve the financial situation for the lowest-earners, pensioners and those unemployed.

"And the possible increase in prices, caused by the rising MMW, will hit these groups the hardest," the institute's acting president said.

Around 156,000 people in Lithuania including around 28,000 employees of budgetary institutions, earn the minimum monthly wage or less.

Minimum wage set to go up next year

The government has taken aim at the informal economy, just as many prior to it has. This time, the...

Income inequality might go down slightly in Lithuania this year but no major changes are expected,...