BNS
aA
Income inequality might go down slightly in Lithuania this year but no major changes are expected, economists have told BNS. 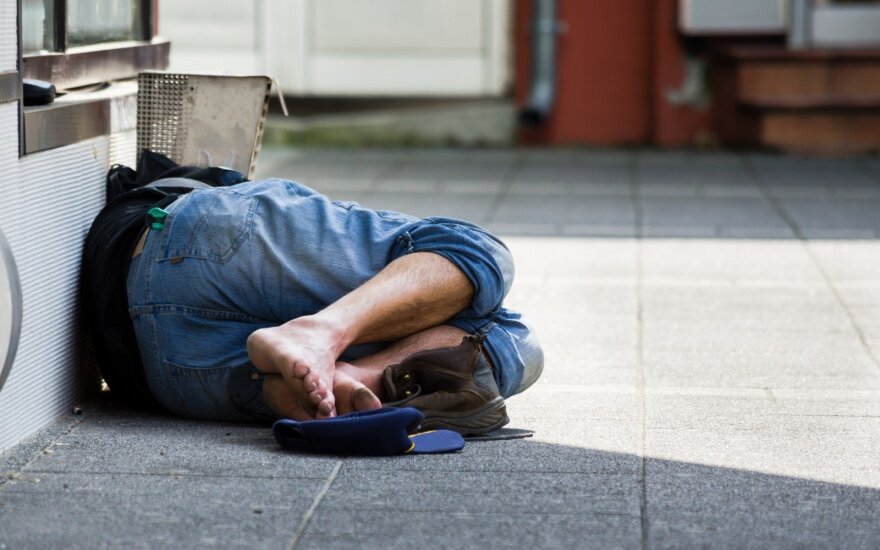 After the Seimas of Lithuania approved budgetary and tax changes, BNS asked economists and experts to express their views on how these changes would affect income inequality in 2020.

Seven experts predict that income inequality will go down as pensions, child benefit and wages will go up, and the group of the highest-earners will be subject to a higher tax rate.

Some of those surveyed are convinced that income inequality should go down because of growing old-age pensions, the minimum monthly wage, non-taxable income and child benefit.

Economist Tadas Povilauskas from SEB says that income of lower-earners will grow faster than those of higher-earners, and also faster growth of wages in the public sector is also expected in 2020. Moreover, the average pension will rise faster than after-tax wages.

Laura Galdikiene, an economist from the central Bank of Lithuania, believes a higher income tax for the highest-earners will have effect on the reduction of income inequality in 2020. The rate went up from 27 to 32 percent in January for those earning 110,000 euros, with over 2,000 people in Lithuania.

Some economists say the new tax changes are too fragmental and are not major steps in pursuit of big changes.

Professor Tadas Sarapovas of the ISM University of Management and Economics says the planned improvements for individual social groups, like pensioners and families raising children, at the expense of new tax changes will be affected by inflation, therefore, they will not resolve the issue of income inequality in essence.

According to Jone Kalendiene, a scientist at Vytautas Magnus University, to reduce income inequality, one needs to ensure faster income growth for lower-earners, compared to those earning more.

"Pensioners and those working in the state sector receive the lowest average income. And the planned revenue growth for them is not very big. Meanwhile, specialists with higher qualifications and working in the private sector can expect faster income growth," she said.

Indre Genyte-Pikciene, a chief expert at the Lithuanian Free Market Institute, says the existing initiatives would reduce inequality "on paper" but that's not sustainable in the long-term.

"Inconsistent, chaotic, discriminatory and even unconstitutional tax initiatives damage the tax system. Although we will probably be a bit more equal inside the country, but we will continue being at the bottom among EU countries in terms of the income of the middle class and old-age pensions, and the gap with Estonia will continue growing," she said.

The European Commission said in its latest annual report on the situation in Lithuania that income inequality in Lithuania is among the highest in the European Union as the income of 20 percent of the richest households in 2017 were 7.3 times higher than those of the poorest 20 percent.

Brussels experts say it also reflect a low adequacy level of social payouts and a very low level of the tax system's progressiveness.

Only Bulgaria has higher income inequality than Lithuania

The way income and wealth are distributed across society determines the extent to which individuals...

The Lithuanian government's decision on Wednesday to raise the minimum monthly wage in Lithuania 9...

Social benefit recipients and job seekers to get EUR 200 each

Lithuanian pensioners and other social benefit recipients, and job seeker will each receive a...