BNS
aA
The Lithuanian government approved on Wednesday a legislative package allowing it to regulate prices during an emergency. 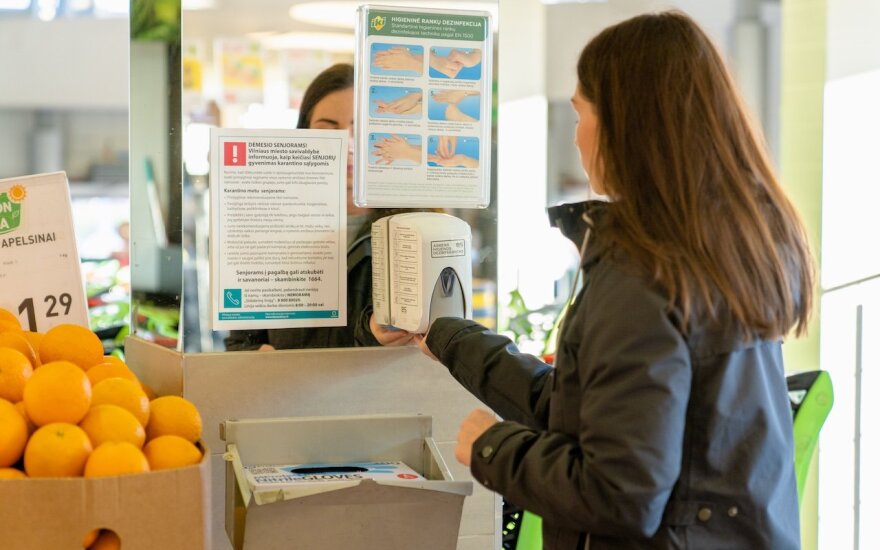 Government officials say the instrument could be used to curb price-gouging on disinfectants and protective gear amid the spread of the novel coronavirus in the country.

The draft amendments are expected to be discussed by the Seimas next week and will have to be signed by President Gitanas Nauseda into law.

Under the proposal, prices for goods and services would be monitored by the State Consumer Rights Protection Authority. The Cabinet would have to ask for the Competition Council's opinion before making any price regulation decisions.

Skvernelis hopes he won't need to use it

Prime Minister Saulius Skvernelis says the government needs such an instrument to combat price-gouging, but hopes there will be no need to actually use it.

"This is an instrument that we don't want to use, but if necessary, the state will not hesitate to use it as far as all speculative prices go," the prime minister said.

"This instrument is aimed primarily at these sectors that take advantage of the emergency situation to try and unfairly raise prices for goods that are essential for public safety and health," he added.

Nauseda earlier this week voiced his disapproval of the idea, saying products subject to price regulation would simply disappear from the shelves.

Justice Minister Elvinas Jankevicius, whose ministry drafted the amendments, said he would try to convince the president that these measures are necessary to prevent profiteering during the crisis.

"In this difficult situation, we need to seek compromise, and we'll try to convince the president and his advisers," Jankevicius told BNS.

"It's important to explain to the general public that this primarily concerns such goods as protective gear, not food products," he said. "There have been cases of buying up large quantities of respirators and medical masks in pharmacies and then reselling them at higher prices."

The Justice Ministry says in its explanatory note to the legislative package that some EU member states have already taken similar measures. For example, France's prime minister has issued a decree to cap hand sanitizer prices.

The Seimas is scheduled to hold its next plenary meeting next Tuesday.

The Lithuanian government decided on Wednesday to extend the nationwide quarantine until April 13 as...

The moment of choice has come for Lithuanian residents on whether they agree to freedom restrictions...

A total of 299 coronavirus cases have been confirmed in Lithuania as of Thursday evening, the Health...

A total of 545 medics are now self-isolating in Lithuania, mainly in Vilnius County, because of...