BNS
aA
Lithuania's Tripartite Council, uniting the government, employers and trade unions, on Tuesday failed to reach agreement on how much to raise the minimum monthly wage as of 2020, leaving the government to decide that once again, just as it did last year. 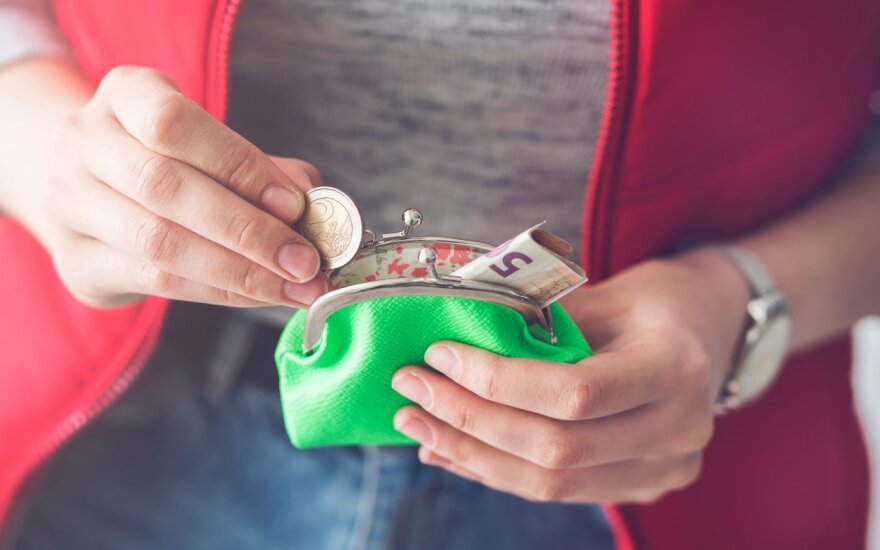 Trade unions and government representatives suggested raising the minimum wage by around 10 percent to 607 euros before tax. Meanwhile, employers proposed increasing it to 580 euros, from the existing 555 euros before tax.

"We have fixed positions of 607 euros from trade union and government representatives, and 580 euros from employers, with the latter definitely not calculated based on the set formula, meaning that the government will have to make the decision on June 15, pursuant to the Labor Code," Vice Minister of Social Security and Labor Egle Radisauskiene told journalists after the Council meeting on Tuesday.

Trade unions say 607 euros is the minimum amount negotiations could start from. Meanwhile Sigitas Gailius, head of the Panevezys Chamber, of Commerce, Industry and Crafts, representing employers, believes it would be enough to raise the minimum wage to 45 percent of the average salary in the country.

"Since our economy is slightly overheating, we believe about what will happen next, with sings of a possible crisis, so we suggest keeping the minimum threshold of 45 percent of the average salary," he said.

Last year, the Tripartite Council also failed to reach agreement on raising the minimum wage as of 2019, leaving the government to approve this rate.

The Lithuanian Social Security and Labor Ministry proposes to raise the minimum monthly wage by 30...

Minimum wage set to go up next year

The Lithuanian government's decision on Wednesday to raise the minimum monthly wage in Lithuania 9...

Lithuania has gone up a notch to the 14th position in the Employment Flexibility Index on countries'...

Number of suspects in August riot probe rises to 62

Formal suspicions have been brought against another 12 people as part of an investigation into the...

President accused of homophobia during speech in Chicago (4)