BNS
aA
Lithuania's Finance Ministry is not changing its outlook and continues to estimate that the country's economy will slow next year, although it still will exceed the EU average. 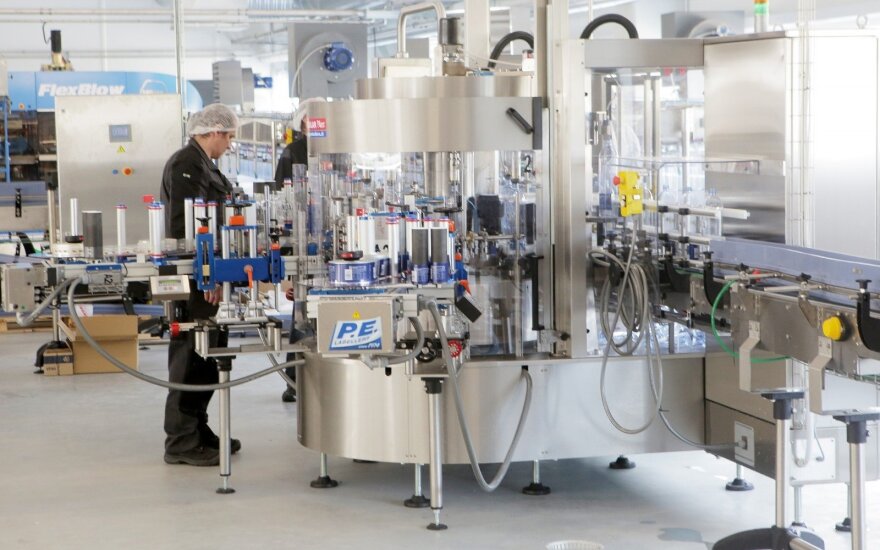 "Fast economic growth will not last forever as the international environment is worsening and international organizations are cutting their estimates. (…) Those risks will undoubtedly affect the Lithuanian economy. (…) Our economy will grow next year as growth will be supported by internal consumption but growth will slow and be more fragile. So, we all need to be cautious," Finance Minister Vilius Sapoka said when presenting the latest macroeconomic forecasts on Wednesday.

The ministry raised the GDP estimate for this year to 3.7 percent, from 2.6 percent in March, bur growth will slow in the future.

The spring GDP growth estimate of 2.4 percent was left unchanged, just as the ones for 2021 and 2022 when the growth of 2.3 percent is expected.

Vice Minister of Finance Migle Tuskiene said the Brexit process and growing investments were behind the significant change in the GDP estimate for this year from the spring one.

"When evaluating and updating estimates, we took into account both factual results and risks. First of all, what we had in March was that we included in the calculation the assumption that Brexit would take place in late March as we had a very clear date. (…) Factual results also affect our forecasts. Investments are growing faster," she said.

In her words, the inflation forecasts were updated only slightly.

"Over the whole estimated period, we do not expect any major changes in price growth as inflation will stand around 2 percent," the vice minister said.

Lithuania's average annual inflation rate, as measured by the EU Harmonized Index of Consumer Prices (HICP), is forecast to stand at 2.4 percent this year, up by 0.2 percentage points from the March forecast, and the 2020 forecast was increased by 0.1 percentage points to 2.3 percent.

The Finance Ministry forecasts that the change in the average monthly salary before tax will stand at 8.3 percent this year, up 0.3 percentage points from the spring estimate, and the 2020 forecast was increased by 1 percentage point to 7.4 percent.

Lithuanian central bank: economic growth will slow down next year

Lithuania's economic growth is set to slow down considerably next year compared with this year, the...

Government considers 2020 budget with revenue and expenditure going up

The revenue and expenditure of Lithuania's 2020 state budget , including EU and other international...