BNS
aA
Lithuania has no intention of following in the footsteps of Estonia and Latvia by cutting excise taxes on alcoholic drinks, Finance Minister Vilius Sapoka said. 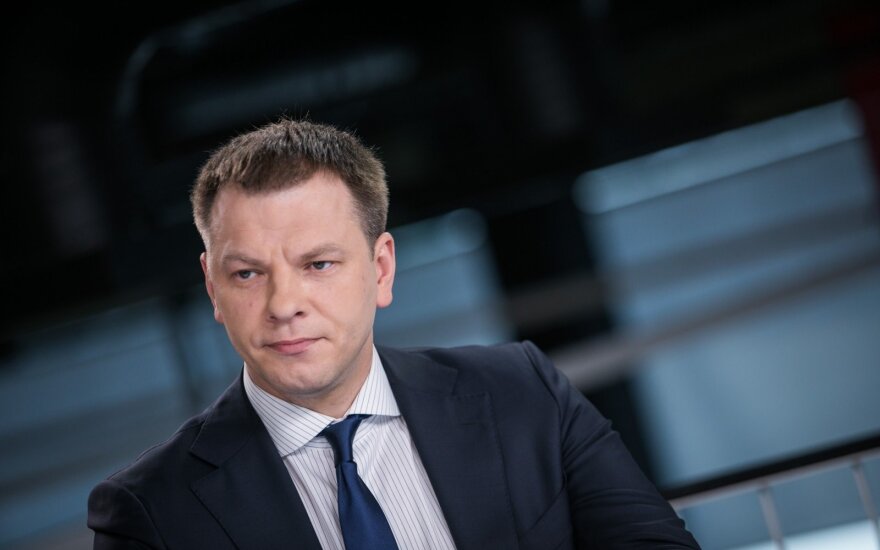 "At the moment, we are not discussing any significant excise policy changes. We are not going to get involved in the verbal tussle between Latvia and Estonia over excise duties," Sapoka said in an interview with BNS.

"I don't think that excise wars have ever brought long-term benefits to anyone," he added.

In excise policies, short-term plans must be outweighed by long-term objectives, especially when it comes to products that have an impact on public health, according to the minister.

"Increased availability and consumption of alcohol costs tax-payers much more in the long run," he said.

Estonia is cutting excise tax rates on alcoholic drinks, including beer, by 25 percent, in July in a bid to curb increased trade in alcoholic beverages at the border with Latvia and to lure Scandinavian tourists.

Related articles
Fears after Estonian alcohol excise cut: Finance Minister does not see threat
Former Estonian president shares his insights why US is behind in digital breakthrough

In response, the Latvian parliament decided last week to reduce the excise duty on strong alcohol by 15 percent.

Latvian Prime Minister Krisjanis Karins said on Wednesday that the Baltic countries should have the same excise tax rate on alcohol.

He said this would allow Latvia, Estonia and Lithuania to use excise taxes as an instrument in the fight for public health instead of engaging in "unnecessary wars".

Lithuania substantially increased excise tax rates on all alcoholic drinks in March 2017 and further raised the duty on strong beverages in March 2019.

Lithuanian Finance Minister Vilius Sapoka attempted to calm those who fear Lithuanians will rush to...

The Lithuanian and Latvian presidents said after their meeting in Vilnius on Thursday that they...

The Lithuanian government is in talks on possibilities to produce COVID-19 vaccines in the country,...