BNS
aA
Economists estimate that every week of the quarantine in Lithuania, introduced to slow the spread of the coronavirus, shrinks the country's annual GDP by 0.5 percent, Finance Minister Vilius Sapoka says. 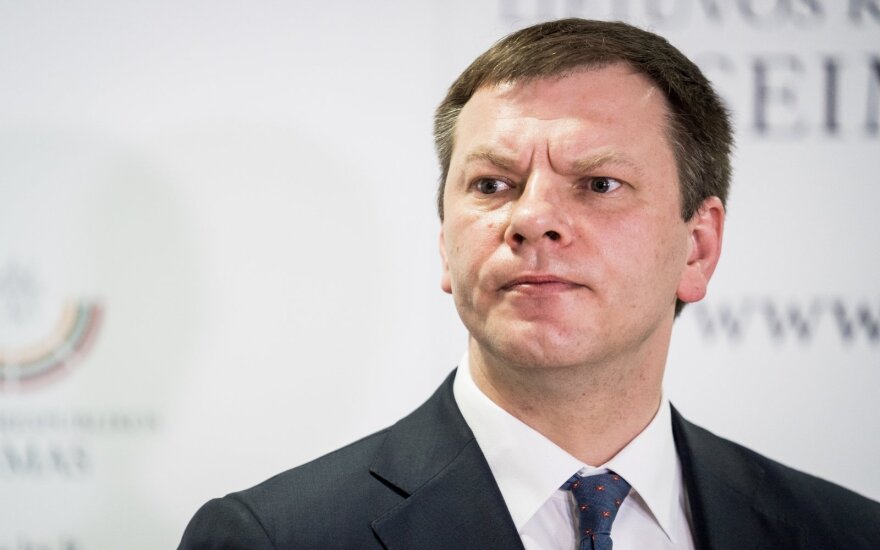 "Of course we feel the negative impact as economists estimate that one week cuts around 0.5 percent off the annual GDP growth. So, naturally, the longer the quarantine is, the bigger that impact will be," the minister told the national radio LRT on Tuesday.

In his words, if the spread of the coronavirus in Lithuania and the European Union is contained in the first half of this year, Lithuania's economy will shrink by a single-digit number, if not, it will be a double-digit number.

According to Sapoka, Lithuania is using both accumulated reserves and borrowed funds to mitigate the consequences of the coronavirus crisis. It was reported on Monday that the country had agreed on loans worth 1.5 billion euros from international financial institutions, and Lithuania also plans to issue Eurobonds and borrow in the internal market.

Lithuania will also use instruments EU institutions are preparing but the key decision, which has already been made and is being implemented, is the European Central Bank's 750 billion euro program to ensure financial stability, Sapoka says.

In his words, Lithuania is also considering the European Commission's proposed 100 billion euro temporary unemployment scheme, the European Investment Bank's guarantee scheme for small and medium enterprises, as well as the European Stability Mechanism, worth around 400 billion euros, which would provide a possibility for every member state to borrow around 2 percent of their GDP.

„Nothing has been agreed on any of these matters yet, and I think I will have more answers after this evening as we plan to hold a virtual meeting of eurozone finance ministers and we will look for answers regarding many details and common agreement in this pandemic context," Sapoka said.

Children from social risk families and elderly people have become even more vulnerable during the...

Leading tech companies in Lithuania: we are displaying crisis immunity

Entrepreneurship and export development agency “ Enterprise Lithuania ” indicates that due to...

Veryga: we'll see if we passed "Easter exam" after week (3)

The first results of whether people complied with the quarantine requirements during the Easter...