BNS
aA
The estimated energy price spike in Lithuania next year will affect people's purchasing power, despite the government's planned measures to cushion the increase and estimated growth in wages and payouts, the majority of surveyed economists have told BNS. 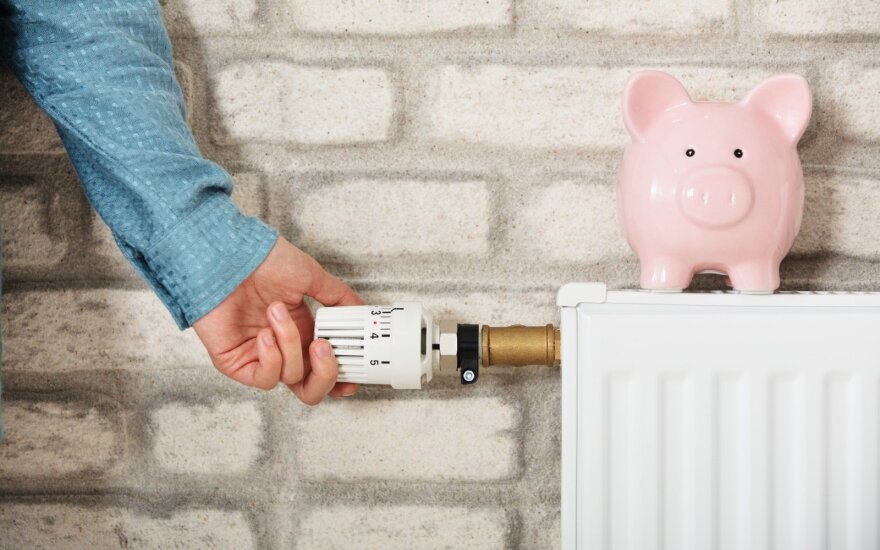 BNS asked 13 experts to share their insights into the effect rising energy prices would have on people's purchasing power, taking into account the government's planned measures, rising pay and state payouts.

The majority of them believe the estimated price increase will have a different effect on different population groups, and they also believe the government's planned measures will not compensate for the expected growth in the prices of goods and services, therefore, consumption levels are expected to go down.

"Growth in wages and age-related pensions will continue to outpace growth in the prices of goods and services, but rising inflation will hit consumer expectations and that is likely to reduce household consumption, therefore, in the winter, we probably won’t be able to avoid a drop in consumption growth," Zygimantas Mauricas, chief economist at Luminor bank, said.

The experts also underline that the effect of higher energy prices will be more felt when the price jump will be felt in the production chain. Asta Klimaviciene, a financial expert and lecture at the ISM University of Management and Economics, says mitigating measures might not be enough. Moreover, they will fail to outpace energy-fueled increases in goods and services.

Tadas Sarapovas, a professor from the ISM University, also believes the planned increases in the minimum monthly wage and the non-taxable income rate will also fuel inflation.

"It's fairly likely that the average salary in Lithuania will grow by about 10 percent this, and that means that wage growth will outpace price growth. In other words, Lithuania's economic growth will outpace the effect of the growing energy process on people's finance," he said.

Tadas Povilauskas, the chief economist at SEB bank, believes the prices of electricity, gas and heating will go up more than people's income over the next couple of months, and the government's plans will only slow a drop in the purchasing power.

Meanwhile, Nerijus Maciulis, the chief economist at Swedbank, says growing energy prices will not have effect on the majority of people. "The average salary is now 170 euros higher than it was a year ago. Meanwhile, heating for the average apartment will go up by 20 euros a month. Of course, bills will go up significantly for the owners of bigger and less energy-efficient apartments, but, nevertheless, this spike in energy prices will not be something to become a significant hit for many people," Maciulis said.