BNS
aA
A Lithuanian energy experts has doubt about Berlin's promise to help maintain Russian gas transit via Ukraine or sanction Moscow if it starts abusing its dominant position, following the recent US-German compromise agreement on the Nord Stream 2 gas pipeline Russia is laying on the bed of the Baltic Sea. 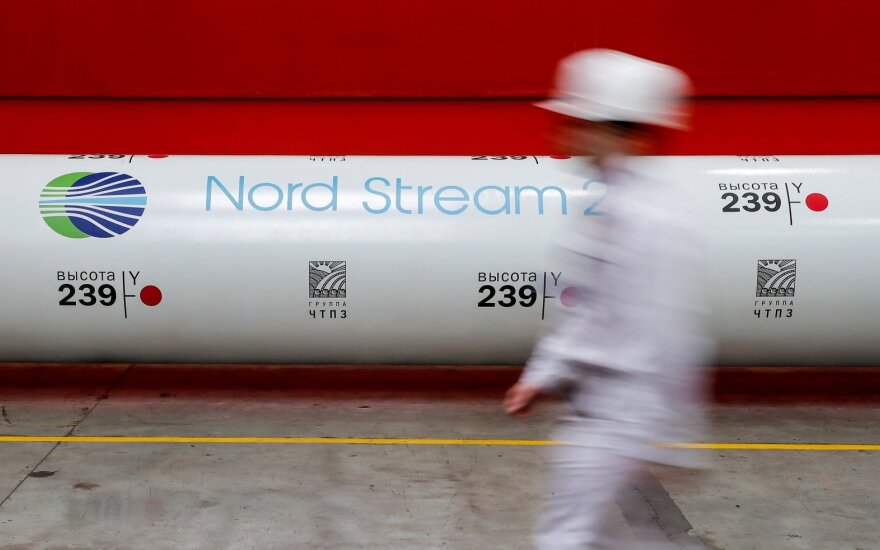 "I believe that once the Nord Stream 2 project is completed, Russia will just no longer need Ukraine. And we should not have any illusion that something will be done to maintain that contract on transit via Ukraine," former Deputy Energy Minister Romas Svedas told BNS.

Under the US-German agreement reached on Wednesday, Washington will renounce plans to impose sanctions on the participants of the Nord Stream 2 project, but the chance of EU sanctions for Moscow remains if Russia uses the gas pipeline as an energy pressure measure.

The agreement also states the goal of preserving the existing gas transit via Ukraine.

Nord Stream 2 would double the capacity of Russia's gas export corridor to Germany, allowing Moscow to bypass Ukraine as a transit country for Russian gas. That would lead to Ukraine losing billions of euros.

Svedas, a lecturer at the Institute of International Relations and Political Science at Vilnius University, says the agreement's clauses under which Germany and the US undertake to put pressure on Russia to maintain its gas transit via Ukraine is just a "façade" position.

"Ukraine will just no longer be needed, and here Germany's goal of keeping that 10-year (transit – BNS) or impose sanctions, if they see that Russia is abusing its dominant position etc., I believe it’s an official position, a façade," the expert said.

Svedas believes Kiev should be focusing on the green energy fund (around 850 million euros) vowed by Berlin and to use that money to ensure its energy security.

"I would wish Ukraine to make maximum effective use of these funds, its nuclear energy and have a little business with Kremlin companies as possible, and to start working independently," he said.

The Nord Stream 2 project is expected to be completed this summer.

Lithuanian customs officers on Friday detained a shipment of ready-to-use equipment for the oil...

A company called ‘Baljet‘ won the public contract through the international call for tenders...