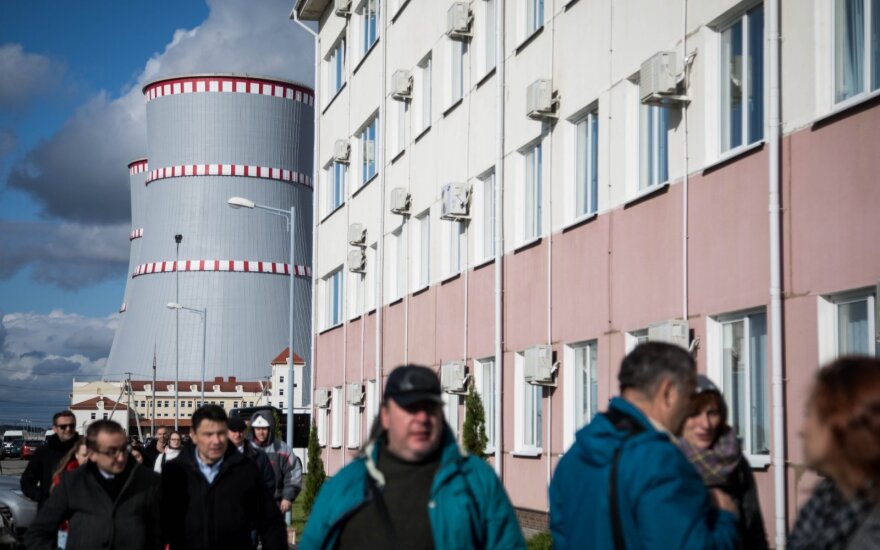 "The goal is to have no kilowatt-hour on our power exchange and, if necessary, we'll use all the necessary instruments. As to what instruments, I can't say for certain today. We're just following the situation and taking the measures that are needed for that period of time and that situation," Vaiciunas told BNS.

The minister commented on President Gitanas Nauseda's recent legislative initiative to allow depriving electricity traders of their licenses if they import electricity from Belarus after the nuclear power plant has been launched.

According to Vaiciunas, more measures may be proposed in the future, if needed.

"Just as the Astravyets NPP launch date is a moving target, so are those who are interested in exporting electricity to the Baltic countries. They are obviously looking for all possible options, too. That's why our aim is to make sure that the law (banning electricity imports from unsafe nuclear facilities) is 100 percent implemented," he said.

Vaiciunas says it is difficult to predict if Lithuania will manage to convince Latvia and Estonia to adopt a similar stance on the Astravyets plant.

"I think we'll have to look for solutions to prevent the Astravyets NPP electricity from reaching any of the Baltic markets. That's the goal; that's the aim. As to whether or not we'll succeed and to what extent, I wouldn't predict that today, but we have all the necessary formats for talks," he said.

According to Vaiciunas, Lithuania has all the necessary instruments to

prevent electricity from reaching its market through the border with Belarus and from gaining access to the Latvian market via Lithuania.

"The issue of opening the Latvian border with Russia remains open, because the methodology is still being worked out," he told BNS.

Latvians say the aim is to ensure that trading between the Baltic countries and Russia remains possible and thus prevent an electricity shortage in the region after Lithuania stops importing electricity from Belarus once the Astravyets plant goes online.

Currently, all electricity trade between the Baltic countries and third countries is conducted through Lithuania.

As part of preparations to halt power imports from Belarus, Lithuania has already dismantled a 750-kilovolt line that connected the sub-station of the shutdown Ignalina Nuclear Power Plant with Belarus' grid. The line was part of the so-called nuclear power plant ring.

Lithuania has passed a law banning electricity imports from unsafe plants. The government says the Astravyets plant under construction some 50 kilometers from Vilnius fails to meet international safety standards, an allegation that Minsk denies.

The Baltic states, which are gearing up for the synchronization of their power networks with those...

Lithuania to look for companies to dismantle Ignalina NPP's reactors

Lithuania will start looking for companies that would propose a way for 24.2 million euros to...