BNS
aA
Lithuanian employers' organizations say they will commit not to reduce wages during the crisis if the parliament approves President Gitanas Nauseda's initiative to cut the personal income tax rate to 15 percent, from 20 percent, and increase the non-taxable income threshold by 50 euros. 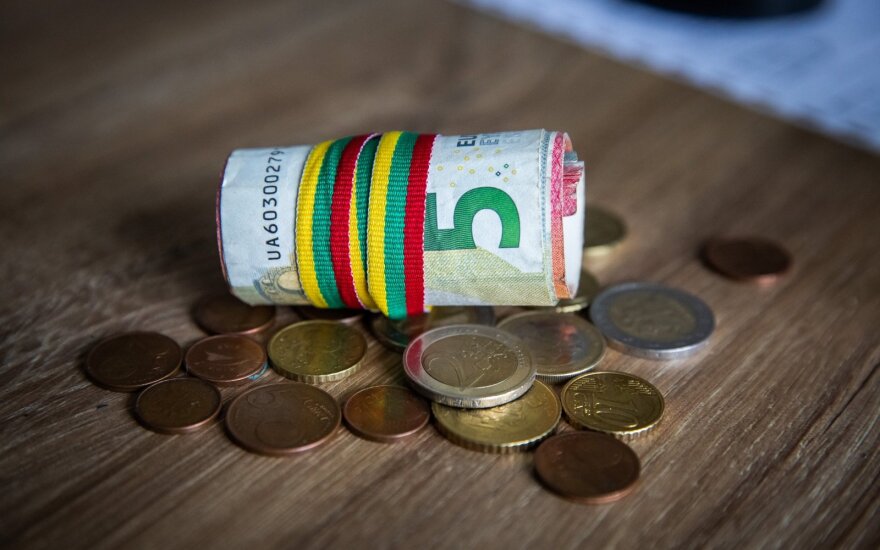 The Lithuanian Business Employers' Confederation and the president plan to sign a respective memorandum on Monday, Danas Arlauskas, the confederation's president, confirmed to BNS on Friday.

"We will sign on Monday a memorandum on reducing the income tax rate by five percentage points and increasing the non-taxable income threshold by 50 percent," Arlauskas told BNS.

"We will sign the memorandum with business organizations to commit ourselves not to reduce wages by as much as they will rise as a result of these tax measures," he added.

Nauseda will also sign the memorandum, Arlauskas said, adding that trade unions support the proposal, too.

Related articles
Presidential advisor: Lithuania must take advantage of COVID-19 crisis
President: any crisis is an opportunity to move forward

However, Inga Ruginiene, the chairwoman of the Lithuanian Confederation of Trade Unions, said that trade unions had not yet decided whether to sign the memorandum, adding that the confederation's board was scheduled to vote on the issue later on Friday.

The president has tabled a bill that calls for lowering the personal income tax rate to 15 percent, from 20 percent, and bringing forward the planned increase of 50 euros in the non-taxable income threshold. The reduced rate would apply to labor income of up to three average monthly salaries and would be in place by the end of the year.

The Finance Ministry and Prime Minister Saulius Skvernelis do not back the proposed income tax cut.

The ministry says some employers are likely to use it to increase their liquidity by reducing gross wages while leaving net wages unchanged.

Lithuania must take advantage of the coronavirus crisis and look for ways to emerge economically...

Lithuania’s Seimas has lifted the tax-free income threshold, which will be applied to all labor...