BNS
aA
Lithuanian economy grew at a considerably fast pace at the start of this year but one cannot ignore the growing number of signs showing that growth in the world's major countries will be sluggish for at least two upcoming years, SEB analysts say. 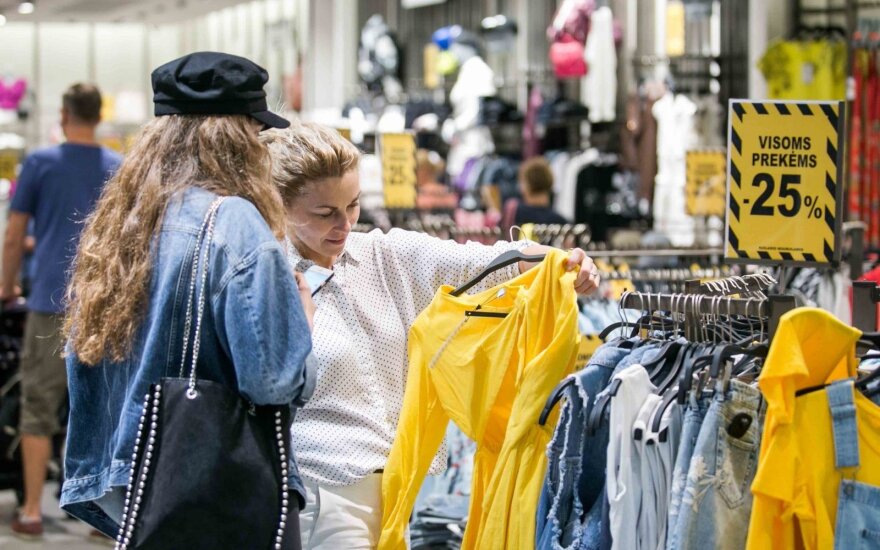 Lithuania's economy grew 3.8 percent in the first quarter, seasonally and work-day adjusted, but growth is set to slow in the future, SEB estimates.

"We are cautious, looking at what is happening outside Lithuania. There's no drama as central banks and the public sector still have plenty of "weapons" to employ and prevent certain things. But the global economic situation is worsening and we have to respond to that. Let's be cautious. That's why we estimate slower growth in the second half of this year and next year. Naturally, that will affect slower wage growth as well," Tadas Povilauskas, chief economist at SEB, said on Tuesday, presenting the banks' Lithuanian Macroeconomic Review.

SEB did not change its Lithuanian GDP forecasts released in early May and says Lithuania's economy will grow 3.2 percent this year but growth will slow to 2.4 percent next year.

"Our main scenario is that the world's major economies will growth at a slower pace for the upcoming 18 months, but we believe the recession risk is relatively low, all the more so, central banks are already taking proactive measures, there are no overheatings that might lead to some turning point that would subsequently lead to a downfall. We believe that we'll have slower growth, speaking about the United States and China," Povilauskas said.

SEB economists underline that Lithuanian politicians will face the task in the fall to approve a 2020 state budget that meets fiscal discipline rules. And although the ruling majority approved major tax changes for 2020 last year already, it seems that there might be a lack of funds to implement all previously-announced commitments, especially regarding public sector workers, without increasing the budget deficit.

Singapore has ranked as the world's most competitive economy for the first time since 2010,...

A financial crisis in Europe might happen in ten years at the earliest, the Swedish financial...

Swedbank , a leading bank in Lithuania, raised on Tuesday its forecast for the country's GDP growth...

September's increase in Lithuanian consumer prices is a normal phenomenon driven by seasonal...