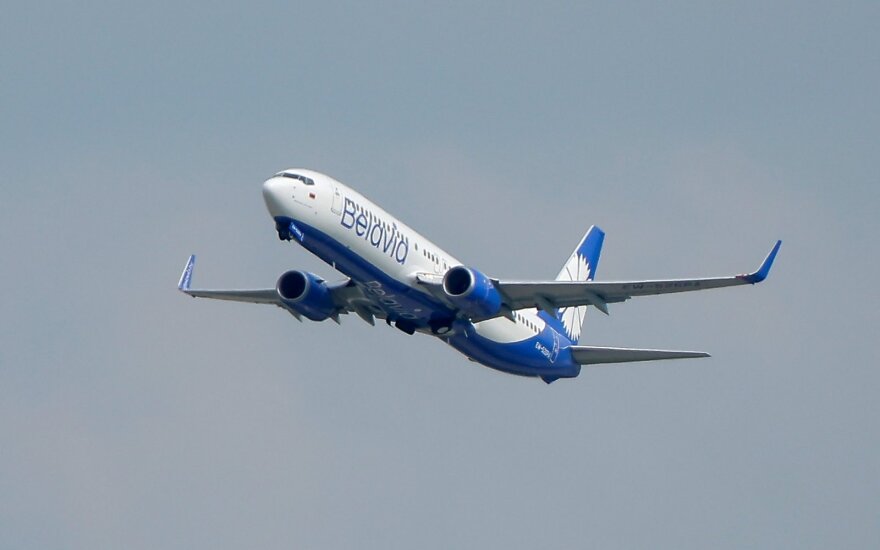 "We just have to do all we can to make sure that crossing the border is problematic and that people who get involved in the organization of the illegal flow feel sanctioned," Anusauskas told LRT Radio.

"I think it's a matter of time before we include identified people, companies, institutions and organizations in the EU sanction list," the minister said.

"In fact, this can also affect airlines that close their eyes and are basically involved in this flow. There aren't many of them, one or two, but they're involved."

"All is clear as far as Belavia goes; it is already subject to sanctions. But others are involved as intermediaries in the form of connecting flights and so on," he added.

At Monday's meeting of the EU Foreign Affairs Council, Lithuanian Foreign Minister Gabrielius proposed to adopt a fifth package of sanctions covering both individuals and companies, to extend sectoral sanctions, or to impose sanctions on specific companies that organize irregular migrant flows.

Landsbergis said after the meeting that EU member states were inclined to approve additional sanctions on Belarus.

Based on the latest official data, a total of 1,716 irregular migrants have been detained at Lithuania's border with Belarus this year so far, more than a 20-fold increase compared to the whole of 2020.

Most of the migrants originally come from the Middle East and Africa.

The Lithuanian government has declared a state-level emergency situation due to the growing influx of irregular migration via Belarus.

In retaliation for EU sanctions, Minsk says it is no longer stopping migrants seeking to cross into the bloc.