BNS
aA
A daring ad promoting Vilnius as "the G-spot of Europe" has gone viral in recent days and may become a successful calling card of the Lithuanian capital abroad. 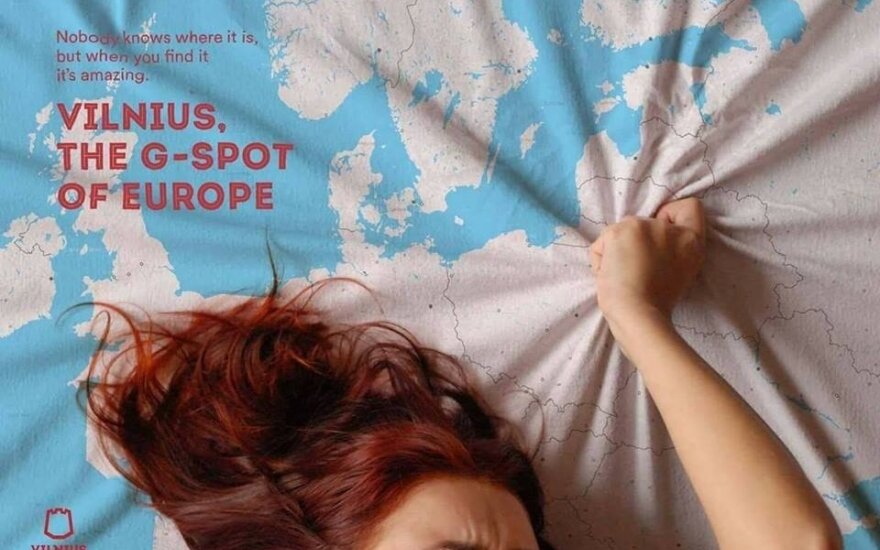 Vilnius as "the G-spot of Europe"

Created by two students of The Atomic Garden advertising school in Vilnius back in the summer of 2016, the ad reads "Nobody knows where it is, but when you find it, it's amazing" and features a young woman clutching at Vilnius on a map of Europe printed on a bed-sheet.

The ad began spreading across social media at lightning speed on Thursday as Vilnius celebrated its 695th birthday.

"Of course, it was a surprise. It wasn't exactly what I expected, because the work was done some time ago, but it it eventually grabbed attention. This is a very pleasant surprise," Jurgis Ramanauskas, who conceived the idea jointly with his fellow student Skaistė Kaurinaitė almost two years ago, told BNS on Friday.

Ramanauskas, who now works as creative manager at an advertising agency, and The Atomic Garden's managers and teachers say they never posted the image on social media and guess that it was accidentally borrowed from the school's website where students' works are published.

"One of the most important things in advertising is a fresh look at something that has been familiar to you for a long time. Vilnius is a capital that is not well known to tourists. The insight is simple and direct: as soon as people discover this place, they immediately fall in love with it," Ramanauskas said.

The ad has already attracted interest from the capital's business development and tourism agency Go Vilnius.

Inga Romanovskienė, the agency's director, said that they were in talks with the school on further developing the idea and adapting it to a broader communication campaign.

Cinema attendance and advertising volumes in Lithuania grew last year compared with 2016, with the...

Last week, Vilnius introduced the Good Coffee Map, a new guide to a handful of the city’s top...

Vilnius through the eyes of its residents

Asta and Linas who traversed the world on motorcycles have returned home: a record seems to be in the stars

On Saturday a campsite with friends and family members near Vilnius marked the end of the round the...

Vilnius rejects criticism over its "G-Spot of Europe" advertising campaign

Povilas Poderskis, director of administration at Vilnius Municipality, on Friday said the planned...