...
DELFI EN
aA
The second in Lithuania defence and technologies creative camp (hackathon) DELTA NAVY will take place in the Lithuanian Naval Forces on the 25th through 27th of October. During the camp, a group of scientists, inventors, military enthusiasts, experts in various fields, and start-ups will gather together for 48 hours in an unusual place – on the board of the headquarters and supply ship LNS Jotvingis moored at the Naval Flotilla where they will develop innovative solutions in the field of defence and for the Lithuanian Armed Forces, writes "Startup Lithuania" in a press release. 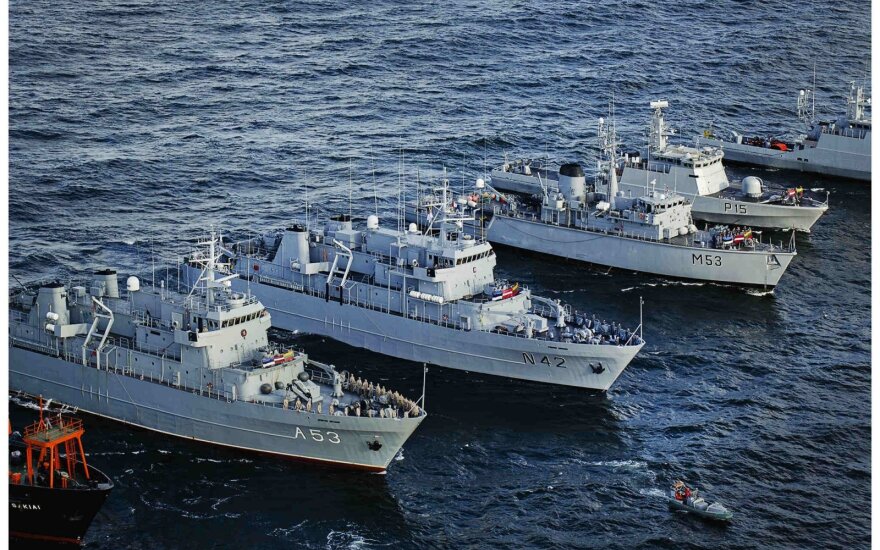 “After a successful hackathon that took place this spring in one of the units of the Lithuanian Armed Forces in Rukla, the Ministry of National Defence is determined to further continue activation of the defence sector. Our goal is to stimulate interest in defence, new technologies, to encourage business and newly developing start-up teams to actively participate and take advantage of new opportunities at both national and EU level” – says Giedrimas Jeglinskas, the Vice-Minister of National Defence.

DELTA NAVY hackathon is the first creative business workshops in the Naval Forces. The innovative products created during them are expected to be used in maritime military crafts. Consequently, the representatives of the Naval Forces posed three problems for future participants in the event.

Problem 1. To develop a military personnel and its resource management on-board system the purpose of which is to protect crew members from dangers at sea, fires, or falling overboard.

Problem 3 to be carried out / addressed during the hackathon - development of a drone adapted for offshore operations that would allow tasks of reconnaissance to be performed in a timely and effective manner, to transmit information on the object searched to the ship of the Naval Forces.

The selected participants will be notified by means of confirmation e-mails.
The hackathon format is widespread around the world, and is characterized by the fact that teams, having gathered together at the venue of the event, develop technological solutions for a particular area or to solve one problem, and this is done in a short time (usually on the weekend), and at the end of hackathon they present a prototype product that is evaluated by the commission of experts.

The Defence Technology Creative Camp is an unprecedented event in the history of the national defence system when experts from different sectors of defense technologies, with many years of experience, while serving in the Lithuanian Armed Forces will advise young, enthusiastic scientists and practitioners, and will jointly try to address problems that exist in several military structures.

“As Startup Lithuania practice shows, technological ideas that are developed at Lithuanian hackathons go hand in hand with global trends. It is also encouraging that the increasing number of state institutions and corporations see the potential in them, and are looking for ways to improve internal processes and to make work tools more efficient. Accordingly, such events become a real impetus for technological progress and for the development of new ideas”, - says Roberta Rudokienė, the Head of the Start-up Ecosystem Development Unit of Enterprise Lithuania.

Payments startup from London opens an office in Vilnius

With a global vision of empowering the small merchants to succeed in doing what they love and to grow...

5 reasons to start startup in Lithuania

Reading the title you must have thought: starting a business in a different country… Why would I?...

The Delta Navy hackathon , a defense technology creative camp, is getting underway aboard the...