BNS
aA
The central Bank of Lithuania says it has no information to confirm claims by Swedish media about the links of the country's financial group Swedbank and its bank in Lithuania with Syria's chemical weapons program. 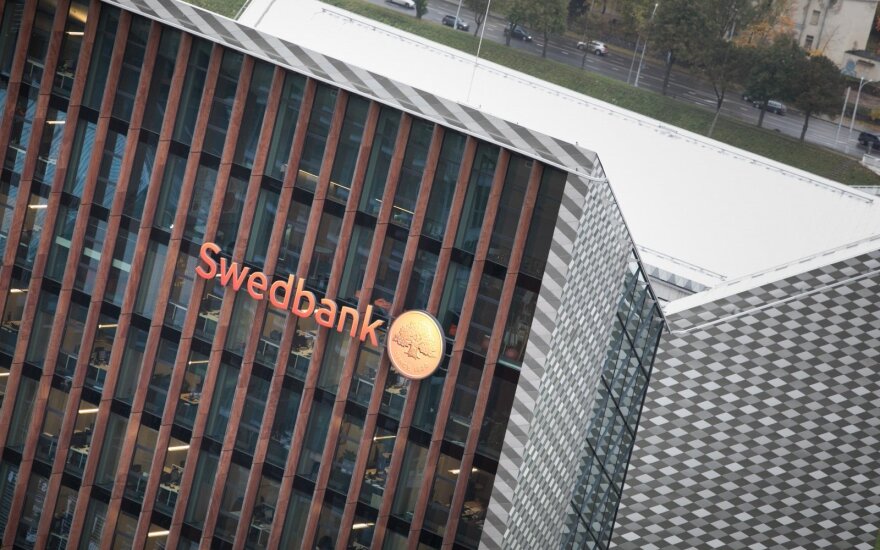 Vytautas Valvonis, director of the Bank of Lithuania's Supervision Service, confirmed that also information on this episode as well is being collected and analyzed as part of the wide-ranging international investigation into alleged money laundering via Danske Bank, Swedbank and other banks.

"Today, we have no facts or evidence to confirm the claims in the media. We are very cautious about such information, especially taking into account the ongoing wide-ranging investigation the Swedish supervision service is carrying out in cooperation with the Bank of Lithuania and the supervision institutions in other Baltic states. The information, including that on this specific episode, is being collected and analyzed," Valvonis told BNS Lithuania.

In his words, the Bank of Lithuania will hand over the whole investigation-related information to the Financial Crime Investigation Service responsible for for the investigation of illegal financial operations.

Sweden's Dagens Industri daily reported on Monday that based on the information it has, Sweden's Swedbank is linked to a transaction used to fund Syria's chemical weapons program.

According to the vz.lt news website, which was the first to report this information in Lithuania, the transaction involved Swedbank clients in Lithuania who entered into transactions with one or more clients of FBME, a bank with non-transparent reputation.

The US tax authorities are reported to have already provided questions to Swedbank over it sties with FBME.

According to Dagens Industri, FBME was closed in 2017 after being linked to Syria's chemical weapons program. The US tax authorities had blocked the bank's access to the US after FBME had been linked to illicit arms trafficking, drug trafficking, terrorist financing and money laundering. has found links directly to transactions against the Syrian nuclear weapons program.

Bank of Lithuania warns about false messages to Swedbank clients

The Bank of Lithuania reports that Swedbank clients are receiving false text messages about how...

The Bank of Lithuania will provide assistance to the Swedish and Estonian financial supervisory...

Lithuania's Finance Minister Vilius Šapoka called on the eurozone and the European Union to...