BNS
aA
A car pollution tax that the Lithuanian government plans to introduce in 2020 would bring an estimated 10 million to 15 million euros in extra budget revenue in the first year, Environment Minister Kestutis Mazeika says, adding that this amount could later increase up to 100 million euros. 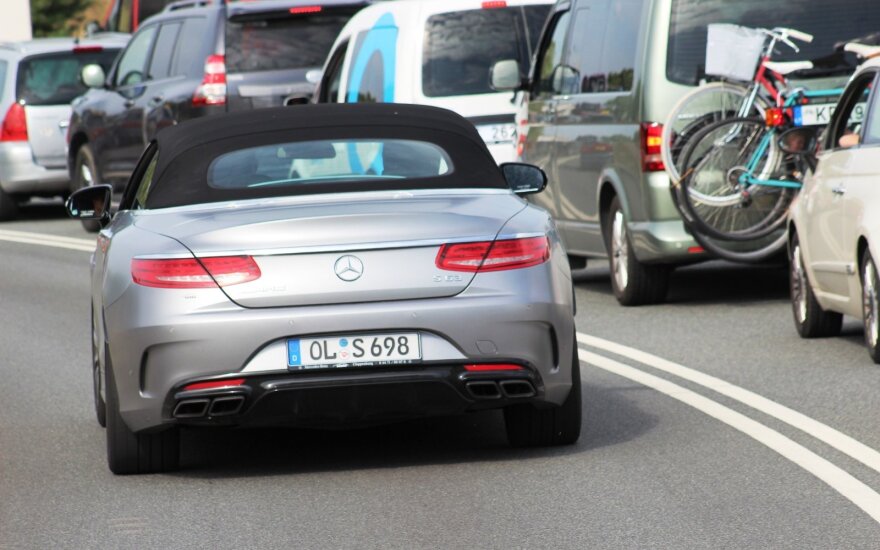 "(Initially), 10 million-15 million euros ... It would later increase with the increase in the number of cars (subject to the tax). The largest amount starts in 5 years' time; it may reach up to 100 million," he told BNS.

According to Mazeika, it is proposed tentatively that the annual tax should start at 20 euros per vehicle emitting over 130g/km, but no final decision has yet been made. For more polluting cars, the tax would rise at a rate that is yet to be decided.

"It is not yet defined, but we are modeling and looking to make sure (the tax) is as effective as possible and motivates people," he said.

The extra revenue generated by the new tax would be used to provide financial incentives for motorists to purchase less polluting cars, the minister said.

A national air pollution reduction plan endorsed by the government in April calls for providing a financial incentive of 1,000 euros per person for scrapping an old vehicle and buying a less polluting one, with a total of 30 million euros to be allocated for this scheme until 2021.

"We could also offer VAT reimbursements or set up electric car charging stations (...). There are various measures," Mazeika said.

He told BNS that a pollution tax bill would be tabled to the parliament along with next year's draft budget.

International organizations have recommended for years that Lithuania introduce a tax on polluting vehicles.

Analysts and dealers say sales of second-hand cars with higher CO2 emissions are likely to go up...

The Seimas of Lithuania on Tuesday rejected a proposal by a group of lawmakers to reduce VAT for new...