BNS
aA
he government has barred Lithuania's state-owned railway group from signing a deal with a Chinese-controlled Spanish firm for the construction of a Rail Baltica railway bridge over the Neris River over national security concerns. 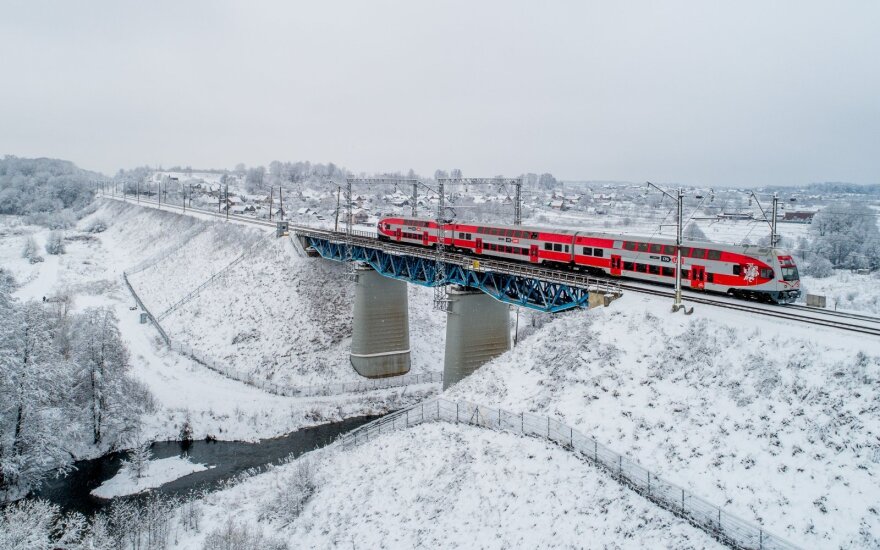 On Wednesday, the Cabinet approved the conclusion of a governmental commission vetting deals by strategic enterprises that Puentes y Calzadas Infraestructuras poses a threat to national security.

The decision means LTG Infra, a subsidiary of Lietuvos Gelezinkeliai (Lithuanian Railways, LTG), will not sign the contract, worth 62.5 million euros, with the Spanish bridge and road infrastructure construction company.

Rolandas Slepetys, head of LTG's Safety and Risk Management Department, has said that if Puentes y Calzadas Infraestructuras is not cleared, a contract will be signed with Italy's Rizzani de Eccher, the runner-up bidder, subject to approval from the commission.

Related articles
Starkevicius: no need for haste to decide on Belaruskali transit
Pavilionis opts to quit as chair of Seima's foreign affairs committee

Rizzani de Eccher offers to build the Neris bridge for 63.957 million euros, not including VAT. The Spanish company proposed to carry out the project for 62.513 million euros.

The public broadcaster LRT has reported that China Road and Bridge Corporation in 2020 purchased two-thirds of shares in Puentes y Calzadas Infraestructuras.

The Chinese corporation is controlled by China Communications Construction, a major Chinese state-owned company that has been under US sanctions since August 2020 as it is linked to China's military.

The new 1.510-meter-long railway bridge over the Neris River near the central town of Jonava will be the longest of its kind in the Baltic countries.

A member of the German government is coming to Vilnius next week to discuss the problems businesses...