Blockchain - revolutionary innovation that will help us in everyday lives

Edgaras Savickas
Parašyti
autoriui
aA
Blockchain could be used in car markets – then drivers should not rely solely on the seller's persuasions, as they could see the whole history of the car they are going to buy in a decentralized network, says adviser to the Board of the Bank of Lithuania Ekaterina Govina. She and the director of Blockchain Centre Vilnius Eglė Nemeikštytė told about the practical uses of the promising technology that has been recently enjoying much attention. 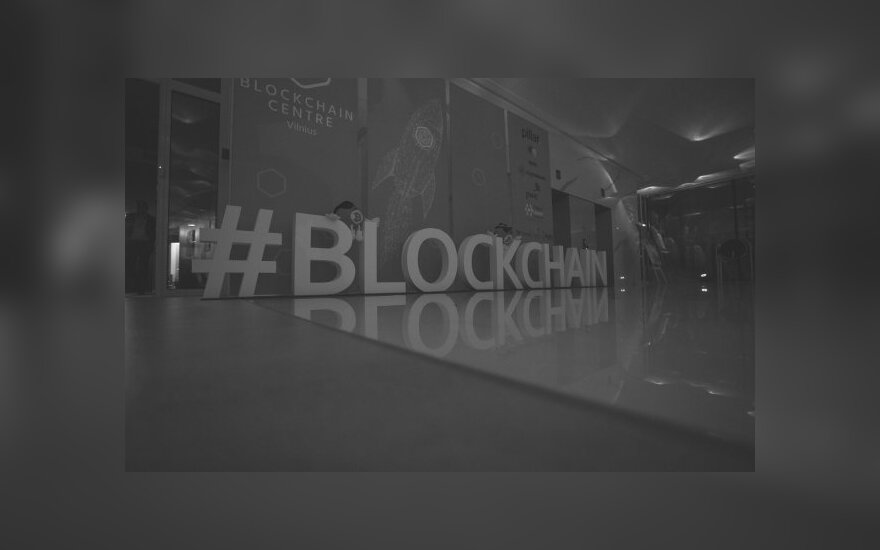 First of all, the representative of the Bank of Lithuania explained that blockchain is a decentralized information and transaction storage system. "It has the so-called nodes, but not a single centre to ensure that the information is correct. All information is decentralized, and its copies are stored by all system participants", she said.

E. Nemeikštytė said that the main benefit of this technology is that the system does not have a centre, significantly speeding up all the processes. "Information is stored by different systems of the system and it is not possible to crack one central unit that stores all information", she added.

J. Govina has said it has been 10 years since the creation of the blockchain technology; it appeared together with bitcoins. "In 2008, an anonymous person or a group of persons cooling themselves Satoshi Nakamoto used old methods to create a huge and global payment system. Blockchain is based on cryptography, the method of encryption of information when it is packaged in such a way that it cannot be cracked or read", said the representative.

The Blockchain Centre Vilnius was opened in Vilnius on January 27. It partners with politician Antanas Guoga and analyst Paulius Kunčinas. E. Nemeikštytė, head of the Centre, said the Centre is focused on merging into the blockchain ecosystem, to help entrepreneurs who work with this technology to adapt it in various ways.

"The centre brings together start-ups and investors, and other business contacts. We are part of the international network and work with partners in Australia, China, while another centre is being built in Dubai. Currently we have five teams that will start working on Monday (February 5), but we already received a lot of inquiries – more than 100, not only from Lithuania but also point countries", said E. Nemeikštytė.

Meanwhile, the Bank of Lithuania will launch its project LBChain in the near future. J. Govina said everything will start with a study to assess whether the Bank of Lithuania could create a blockchain platform to invite different start-ups where they can test their business model or financial service based on blockchain. "Being aware of the entire regulatory framework, we could help them get better positions in the financial world. Generally, blockchain enthusiasts understand the technology, but do not understand the regulatory framework. We want to connect these worlds", she said.

J. Govina claimed that Blockchain Centre Vilnius and LBChain are parallel processes. "We see that the market is starting to accept innovations. This is the result of the general state strategy", she said.

In turn, E. Nemeikštytė said that it is not accidental that Blockchain Centre Vilnius had chosen Lithuania. "Our partners considered different countries, but having seen our region, our interest in the same technology, how many talents we have, they chose us", she said.

A few ways of applying the blockchain technology

E. Nemeikštytė said that blockchain can be used in a variety of ways. "For this, you need to have some value, its unit. In some cases, it may be an apartment, in other cases a currency, and yet in another – a voter's vote. This is just a matter of creativity. It is important that technology users have a specific network where they want to exchange that value. Our centre's start-ups are developing projects related to education, sports, and health", she said.

J. Govina has provided an example of a car registry. "In Lithuania it registers only the cars and their owners. All countries in the world have their own registers, but they are not linked to each other. In order to buy a car on the secondary market, after going to the market, a person is often persuaded that the car was operated only in Germany, by a senior citizen, who used it only on weekends for shopping one kilometre away. The mileage is infinitely small, the car was never get into accidents etc.

You either can trust the seller, or not. In principle, it is not always possible to track the car history, its owner, or in general, to find out whether it is not a stolen car. Imagine a global blockchain network where information about the car's history from its manufacture to the end user is stored. Everything is captured on the network and you can watch the entire history of your car when you are going to purchase it", she said.

Both interlocutors said consumers should try the blockchain technology and take advantage of its solutions this year. "The year 2017 was the year of the initial coin offering (ICO), when many start-ups collected money to develop a blockchain-based solution. This year we will see what the really promising real projects are, and who will have to admit that their idea was too ambitious", said J. Govina.

Tomer Sofinzon: Blockchain will change the way we live (1)

An illegal startup called Prodeum may have caused millions of euros worth of damage to Lithuania's...

Lithuania could take leadership in the development of the blockchain technology, says Lon Wong ,...

Favourable conditions for the development of financial technologies ( FinTech ) in Lithuania have...

Watch LIVE: Lithuania becomes a global gateway to the EU for the blockchain industry

Lithuania has announced it will host Europe’s first international Blockchain Centre in Vilnius....

Hot on the heels of issuing of the Europe’s fastest e-money (EMI) license to the numerous global...