...
BNS
aA
The Lithuanian government removed a Belarusian firm from the tender process for a Gas Interconnector Poland-Lithuania (GIPL) construction contract due to its business ties with Russian companies and contacts with individuals deemed as posing risks, according to documents available to BNS. 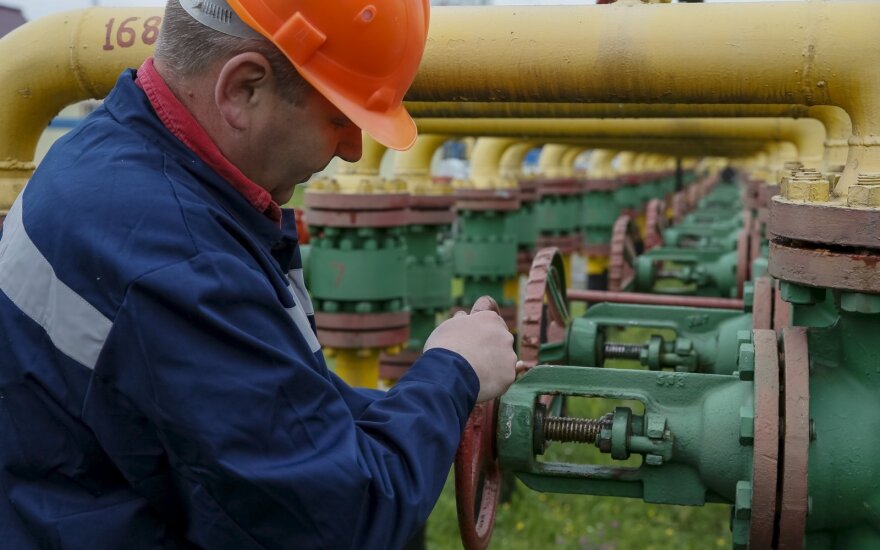 A consortium of Kaunas-based KRS and Belarus' pipeline construction company Beltruboprovodstroy submitted the lowest price offer, at around 74.9 million euros, for the contract but was removed from the bidding process due to national security concerns.

According to information available to BNS, the government ruled in early July that a deal with the consortium would not be in line with national security interests.

The Cabinet made the decision based on an opinion issued on June 20 by a special governmental commission vetting deals by strategic companies.

The government notes that GIPL builders would be given access to strategic infrastructure, including the pipeline, taps, the Jauniunai gas compressor station, and the Santaka cross-border metering station equipment, and a gas transmission pipeline remote control information system.

The government says in its resolution, which was not made public, the Belarusian firm has links with foreign government bodies or natural or legal persons of these states that pose a threat to national security.

According to the commission's opinion, seen by BNS, Beltruboprovodstroy's main customers are Russian and Belarusian enterprises, including Gazprom companies from which it derives the most revenue.

The State Security Department (VSD) says in its report to the commission that Beltruboprovodstroy has business links with Gazprom, Stroytransgaz, and Rosneftegazstroy, and has accreditations not only from Gazprom, but also from Transneft and Rosneft. The Belarusian company is involved in Russia's strategic energy projects, such as the Yamal–Europe gas pipeline.

VSD has said on numerous occasions that Russian intelligence bodies have a special interest in Lithuania's strategic projects and uses other countries' resources to gather information abroad. Belarus is an important ally of Russia.

Lithuania drawing up a reply to Belarus' note

In late July, Belarus' Foreign Ministry handed a protest note to Lithuania's chargé d'affaires in Minsk over what it described as "interference in a commercial transaction". Neither side gave details as to what deal was referred to.

Lithuania's Foreign Ministry has told BNS that it is drawing up its reply to the neighboring country's note.

"We would like to underline that transactions with foreign companies that are vetted under the law on the protection of objects of importance to ensuring national security are subject to the same requirements as transactions with Lithuanian companies," the ministry told BNS.

However, Poland's Rafako, which bid jointly with Lithuania's MT Group, said it believed that Alvora might pose a threat to national security.

Spain's infrastructure, renewable energy, and technology group Elecnor, yet another bidder, is not happy with the results of the bidding process either, because its final offer was rejected as not meeting the requirements. In May, the Spanish group submitted a claim to Amber Grid, but the latter did not satisfy it.

"In this case, all of Amber Grid's decisions and actions point to the company's unwillingness to ensure fair competition; its actions are very formal, clearly aimed at rejecting Elecnor's final bid, which is unacceptable," Elecnor said in a document, a copy of which is available to BNS.

Elecnor maintains that its final offer did not differ substantially from the initial one which was recognized as eligible. The Spanish company considered taking legal action, but decided not to hinder the implementation of the project of national importance, the company's representatives have confirmed to BNS.

Alvora, which bid jointly with Siauliu Dujotiekio Statyba (Siauliai Gas Pipeline Construction), was named the winner after being cleared by the special governmental commission in late July.

Government Vice-Chancellor Alminas Maciulis, who heads of the commission, has told BNS that the Amber Grid was allowed to sign the contract, worth 79.85 million euros excluding VAT and 96.6 million euros including VAT, with Alvora, which operates in the Belarusian market, but was issued "with very clear recommendations on potential risk management measures".

Amber Grid's shareholders are yet to give the go-ahead on August 28 before the deal can be signed. Construction work is expected to begin in the fall.

The Lithuanian government is expected to endorse this week the security plans of the natural gas...

Lithuania has turned to the Supreme Court of Sweden , appealing against Sweden's Court of Appeals...

Gas supply via a gas pipeline to Lithuania from Belarus has been halted on Monday as Belarus started...

Lithuanian President Gitanas Nauseda has had an undisclosed meeting with political scientists to...

At the opposition's initiative, the Seimas Committee on National Security and Defense (NSGK) plans...