BNS
aA
Axis Industries, the potential builder of Lithuania's national stadium in Vilnius, has proposed to the Vilnius authorities to get BaltCap, the largest private equity fund manager in the Baltic states, involved in the funding of the project. 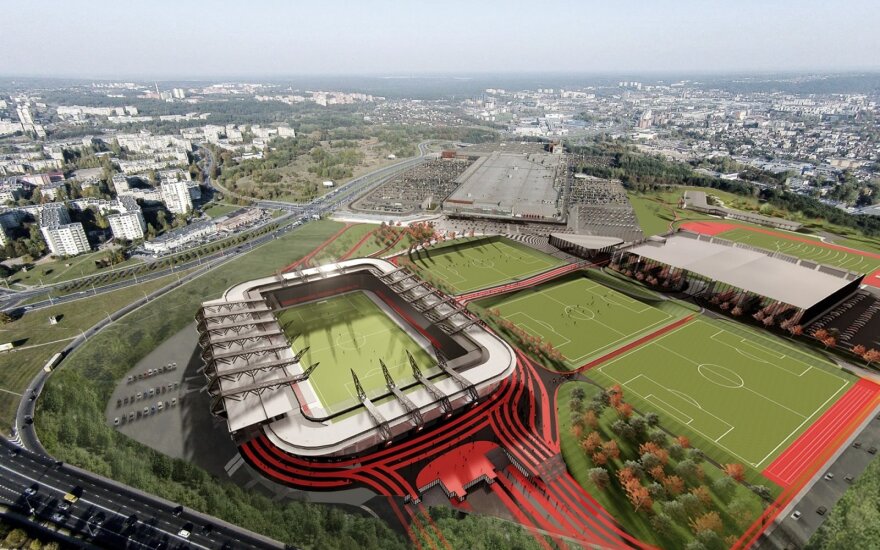 Axis Industries, part of the Icor group, said on Monday such a proposal had been submitted in response to the government's earlier decision to redistribute the EU funds meant for the stadium project for other projects.

"BaltCap agrees to take on the Vilnius municipality's payment risk. Using the global practice of funding such projects, BaltCap would take care of the project's funding 100 percent," Galdikas said in a statement on Monday.

The Axis Industries-led consortium would get the funds only upon the project's completion, and the municipality would be able to make repayments to the fund over a longer period of time. Representatives of the municipality say the period could be 20 years.

Povilas Poderskis, director of administration at Vilnius Municipality, does not comment on the proposal yet, saying that a commission involving representatives of the government and the Vilnius authorities should look into the matter.

The project is valued at around 106 million euros, including VAT.

Under the project, the stadium complex would also include other sports infrastructure, a kindergarten and a library.

The demand for workers in Lithuania's construction sector exceeds the supply, the country's...

The costs of the Vilnius authorities and the government on the construction and maintenance of a...

The City Council of Vilnius gave on Wednesday the green light for signing a 156-million-euro...