BNS
aA
Avia Solutions Group, an aviation business group, says it is disappointed with the recent decision by the Lithuanian government's commission vetting deals important to national security to block its investment at Vilnius Airport due to potential threat to national security, calling it "a with hunt". 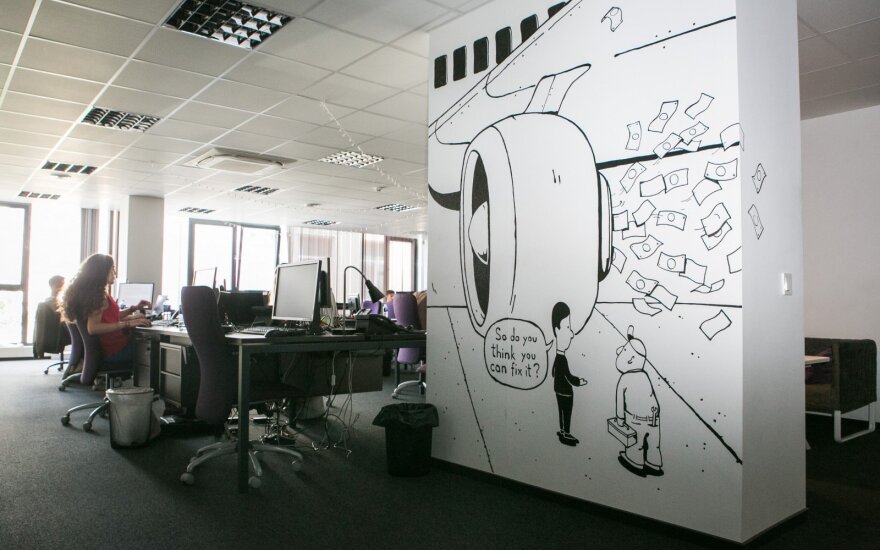 Supporters of the government position say any investment into strategic objects should be strictly monitored based on transatlantic criteria and taking into account an investor's ties with the Russian and Chinese regimes.

Avia Solutions Group wanted to reconstruct its hangar at Vilnius Airport where aircraft are serviced and repaired.

But the government panel involving representatives of various ministries, law enforcement and intelligence services on Thursday objected to such plans, and such a conclusion will be submitted to the government.

Vygaudas Usackas, a board member at Avia Solutions Group, says the reconstruction of the company's existing hangar poses no threat, adding that any reproach over ties with Russia has no basis as the group and its shareholder Gediminas Ziemelis sold the stake in Moscow's Zhykovsky Airports several years ago.

"We, of course, are surprised and disappointed as we planned to invest a small amount, 7 million euros, at Vilnius Airport. Under an advanced agreement, FL Technics will continue using the land lot until 2053, it's a leased lot, a hangar we use for operation. We wanted to expand it and this way we would have created 200 high-value jobs," Usackas told BNS on Friday.

He said the company now generates just 5 percent of its revenue in Russia.

"Our group operates at more than 70 airports, with the absolute majority of them situated in EU and NATO countries where we are welcome, we receive permits and do business. If somebody is involved in a witch hunt, I leave for those people to decide. We will do business where we are invited and are welcome, but we will also do business in Lithuania," Usackas said.

Laurynas Kasciunas, chairman of the parliamentary Committee on National Security and Defense, says he has no doubt the government commission made a reasoned decision, having assessed the investor's ties with countries non-friendly towards Lithuania.

"I have no doubt the government commission had an in-depth look into the potential investor's ties with countries non-friendly towards Lithuania or their structures and made a reasoned decision," he added.

Lithuanian border guards earlier decided against working with Helisota, a helicopter and aircraft repair company, for the same reason.

On the 24th of January 2020, Avia Solutions Group signed an agreement with BB Holding EHF for the...

Lithuanian Airports and a construction company Mitnija agreed to terminate the Contract for the...

Mainlink preparing wireless networks expansion by partnering up with TEKTELIC (1)

Mainlink, a provider of services based on the Internet of Things (IoT) technology, has collaborated...

Coronavirus antibody tests to be done at parliament

Coronavirus antibody tests will be carried out at the Lithuanian Seimas on Thursday, Speaker Viktorija...

Former students on life in Vilnius: we were advised not to smile randomly in the streets

On Monday, 1 138 new COVID-19 cases were recorded in Lithuania. Since the beginning of the pandemic,...

Well-known Lithuanian microsurgeon Professor Kestutis Vitkus has passed away at the age of 68,...