BNS
aA
Lithuania's Siauliu Bankas' recent announcement about possible strategic changes and the decision to hire consultants to help to look for activity alternatives shows that the bank's board is serious about changes, market participants believe. 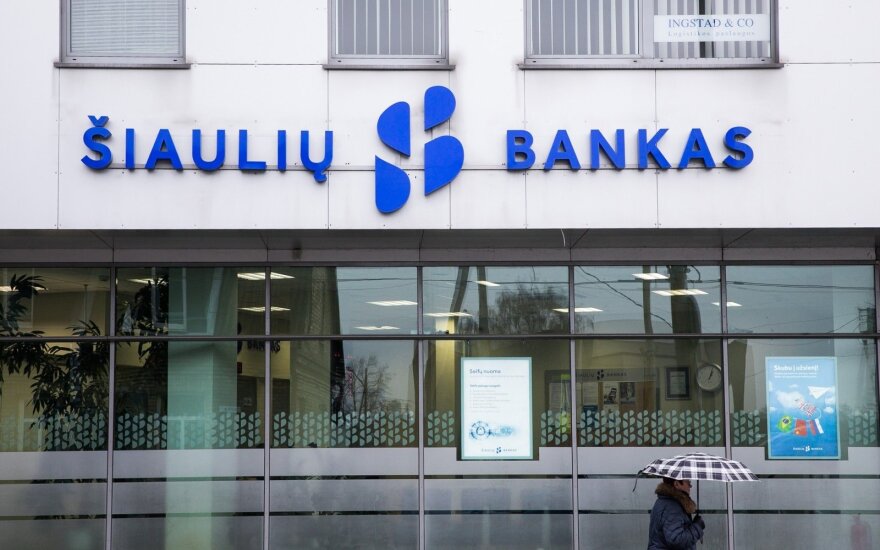 "The choice of partners Superia and Wood demonstrates that the plans to do something are serious, and the process is not taking place for a show. Superia is probably the strongest advisors in the Baltic states, and there are probably expectations not only in terms of their organizational capacity but also in terms of contacts with LHV and Ripplewood (Citadele)," an expert in private capital investment told the vz.lt news website.

He believes that out of the process's possible outcomes listed by the bank, its sale or merger with another bank is the most likely.

Another unidentified analyst said he viewed the bank's decision as a clear signal to the whole market that the bank is open to all proposals.

A third source told vz.lt Siauliu Bank'as shareholder, the European Bank for Reconstruction and Development, might be one of the project's initiators. Moreover, Invalda INVL, which owns 5.48 percent in the bank, or funds managed by INVL Asset Management, part of the Invalda INVL group, might also be interested.

BNS Lithuania reported on Monday that Siauliu Bankas had announced its plans to look for a strategic activity direction, including the bank's possible sale or merger. A review of alternatives for the bank will be produced by Wood & Co and Superia Corporate Finance.

According to the bank, the options might include an IPO, the acquisition of additional businesses, a request to put the bank's shares on the list of another stock exchange, the bank's sale to a strategic or financial investor or its merger with a third party.

EBRD invested in Siauliu Bankas in 2005 when it bought a 16.1 percent stake for 5.8 million euros. It later increased its stake and converted loans into shares, and now owns 26 percent in the Lithuanian bank.

On Wednesday, Minister of Finance Vilius Šapoka attending the annual meeting of the Board of...

Ministers of finance of Lithuania, Latvia and Estonia, the European Commission and NASDAQ appealed...

Shares of Šiaulių Bankas were in focus on the Nasdaq Vilnius stock exchange on Thursday. with...

French renewable energy group Idex , part of Antin , one of the largest investment companies in...

The US private equity giant Blackstone Group has finalized its 1-billion-euro acquisition of a 60...