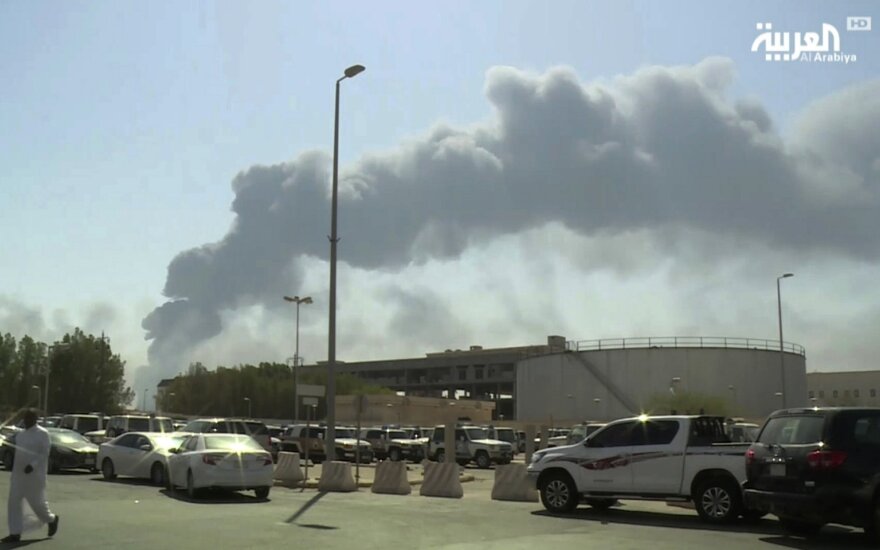 "We should not overdramatize the situation. It (the crude price surge) will certainly affect the wholesale fuel market and, eventually, the retail market," Povilauskas told BNS.

"A 10 percent hike in crude oil prices over the weekend may increase the end price by some 3 percent, that is, by 3-4 cents from 1.15 euros for diesel fuel and from 1.25 euros for gasoline," he said.

According to the analyst, the news of the attacks in Saudi Arabia jolted the market, which can have long-term implications.

"There was a consensus that oil prices might go even further down next year. But I think everybody will reconsider their attitude and forecasts in the wake of these events," Povilauskas said.

"Saudi Arabia is OPEC's key nation. The attack on the country's main (oil) facility showed once again that nothing is stable, especially in that region. That risk premium will add to the oil price in the near term, so I don't think everything will just go back to the previous level," the analyst said.

"If there are no new attacks and production in Saudi Arabia returns to a more or less normal level, then the oil price will stay close to 70 US dollars a barrel," he added.

Povilauskas noted that, despite the attack, crude prices remain at a lower level than a year ago.

The attacks by Huthi rebels on the Saudi oil facilities on Monday triggered the biggest rise in crude prices since the 1991 Gulf War. Brent crude futures prices jumped by 19 percent to around 72 dollars per barrel at the opening, but later settled at some 65-66 dollars.

Trade war pushes to think of a plan B

An average-income person in Lithuania could purchase a car worth 12,200 euros through a...

September's increase in Lithuanian consumer prices is a normal phenomenon driven by seasonal...