BNS
aA
The Lithuanian news website 15min.lt said on Wednesday it had handed over to law enforcement information about its sacked journalist Sarunas Cerniauskas' private activity related to information collection. 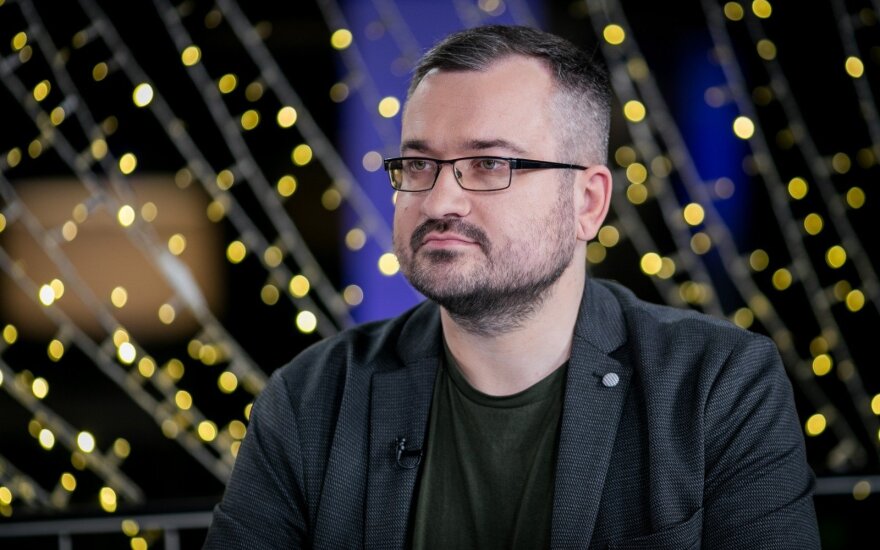 The website's director Ramunas Saucikovas says an internal investigation revealed that Cerniauskas' activity might have "run counter not only to journalist ethics but also laws."

"We received information last week that 15min journalist Sarunas Cerniauskas provided services on the collection and analysis of information about natural and legal persons for remuneration for a third party. This activity was not related with his work functions, the employer was not informed about that and such activity violated the principles of journalist ethics. After Mr. Cerniauskas confirmed this information, we dismissed him on May 10. We also launched an internal investigation into this incident," Saucikovas said in a statement.

"As the investigation revealed more information, we suspect that Cerniauskas' activity might have run counter not only to journalist ethics but also laws, therefore, we have handed over the whole information to law enforcement," the director said.

Cerniauskas said on Wednesday he produced several analyses on public figures and businesses to a PR company without informing his then employer, 15min.lt.

"All in all, I have produced three analyses for them, mainly based on publicly accessible information. They were interested in public figures, their assets, links. They were also interested in several businesses," Cerniauskas posted on Facebook.

He says he received "an amount of slightly more than 2,000 euros" for that and that he ended this activity last summer.

"We needed a person with analytical abilities and our former colleague Tomas Bagdonas recommended Cerniauskas as a good specialist. He was in direct and constant contact," Galdikas told BNS Lithuania. "No one else in the office had contact with Cerniauskas, except for Bagdonas."

Galdikas said Cerniauskas produced "several analyses" for the company, without elaborating on their contents.

"I really cannot remember now and I was not in charge of these issues directly, so it's hard for me to say," Galdikas said.

In his words, additional specialists, including journalists, are hired "from the outside" as sometimes the company lacks human resources.

"Yes, we have also hired (other journalists – BNS Lithuania) as it's a normal practice. I really won’t identify them as it's the journalists' personal matter to take on additional work and write a text or something similar," Galdikas said.

The owner of Lithuania's online news site 15min.lt and the Baltic News Service (BNS) has decided to...

The Seimas passed on Friday legislative amendments allowing the Lithuanian Radio and Television...

Lithuania has gone up by six notches to the 30th place in the annual global Press Freedom Index...

Lithuania's police has launched a pre-trial investigation into the actions of journalist Sarunas...

Lithuania's State Data Protection Inspectorate said on Wednesday it had launched an investigation...