D+ nariamsPrenumeruoti
Vaidas Saldžiūnas, DELFI
aA
After Donald Trump was elected President of the United States there were numerous concerns that the new master of the White House will be inclined toward pro-Russian policy – financial links to Moscow and the Kremlin’s praise to the President Elect were concerning. However D. Trump’s statement and decisions show that Russia celebrated too early and could be greatly disappointed. 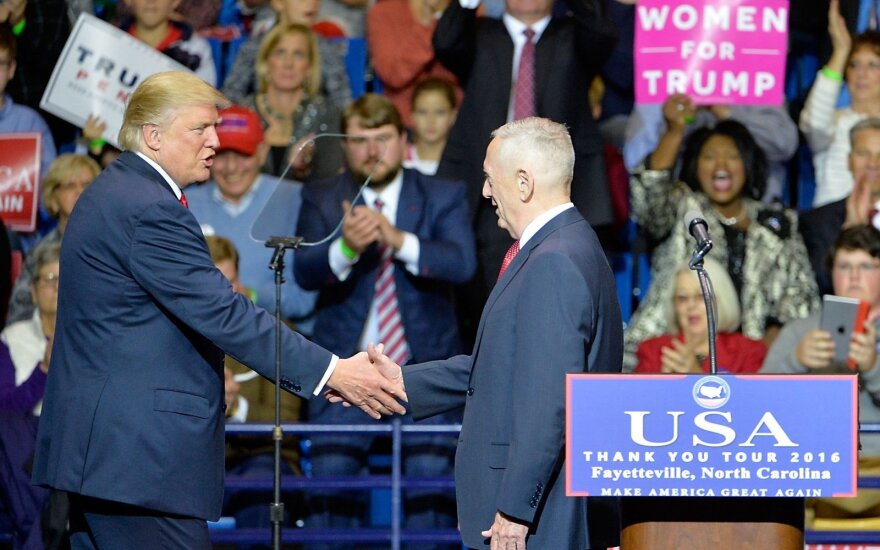 With his scandalous statements, the US President Elect has been a divisive figure in the United States for over a year and has kept allies confused. D. Trump who is set to be inaugurated on January 20 is accused of ignorance in foreign policy and antagonising America’s closest allies. On the ot

US Marines are rare guests in Lithuania. However, this year among those several hundred, who...

Lithuanian diplomats met with members of the United States ' future administration in Washington...

Lithuania is set to step up defence ties with the United States by signing the first bilateral...

Lithuania's diplomats seek to renew contacts in US, make new ones (1)

The defeat of Hillary Clinton in the U.S. presidential election has resulted in well-founded...

On Wednesday evening, the social network Facebook saw a mass blocking of all Internet addresses (URLs)...

I. Šimonytė‘s team presents more than 68,000 voter signatures to the VRK

On Thursday, pages with signatures from those supporting presidential candidate Ingrida Šimonytė...

The Homeland Union – Lithuanian Christian Democrat Seimas group is joined by yet another former...

After “ Farmer ” amendments to the children’s rights protection law were not passed by Seimas on...

Rokas Masiulis on Vaitkus’ dismissal: no other option here (1)

Minister of Transport and Communications links complaints levied against himself to his dismissal of...