BNS
aA
Lithuania's parliament has merely one ballot left until adoption of the so-called Magnitsky Act, which would ban entry to foreigners involved in large-scale corruption, money laundering or human rights violations. 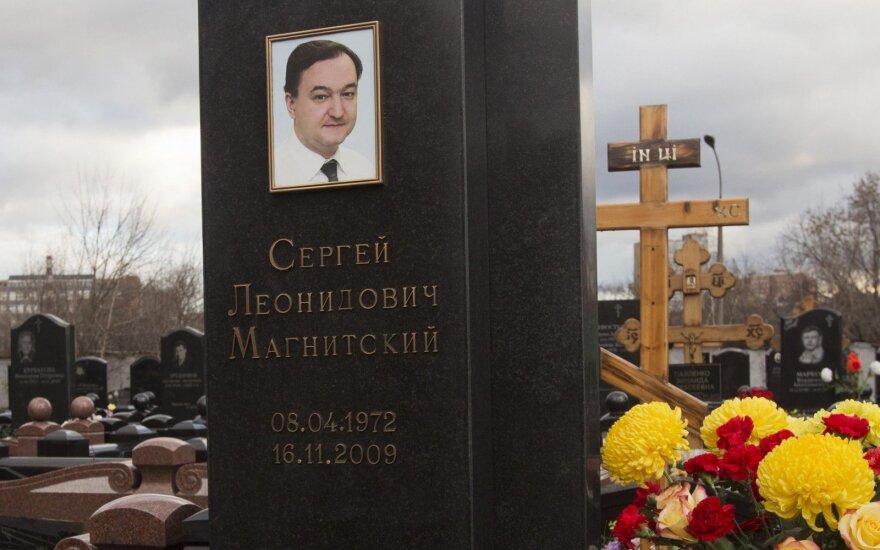 On Tuesday, the parliament approved for discussion relevant amendments to the law, with 78 votes in support, one against and five abstentions. The parliament should now hold a ballot to adopt the law.

Conservatives' leader Gabrielius Landsbergis, one of the initiators of the law, said Lithuania could become the 4 th country worldwide to adopt the act. The Magnitsky Act has been adopted by the United States, Estonia and Canada.

Under the draft law, a foreigner would be banned from coming to Lithuania for up to five years if there are serious grounds to believe that he or she has committed a serious or very serious crime against a person in a foreign country and human rights and freedoms have been violated as a result of this, has committed a corruption offense or has been involved money laundering, or is on the national list of foreigners denied entry to a EU, EFTA and NATO member state.

Related articles
Seimas to debate 'Magnitsky act'
An idea for Russia – can Lithuania present it?  (1)

A decision on banning entry to such a foreigner would be made by the interior minister at the foreign minister's proposal.

The United States in 2012 passed the so-called Magnitsky Act that imposed sanctions on a list of Russian officials believed to be responsible for human rights violations, banning visas for them and freezing their assets. Currently, there are over 40 names on the list.

Instead of investigating the criminal scheme disclosed by Magnitsky, Russian prosecutors brought falsified charges against him. The lawyer was arrested and died in prison in 2009.

The Lithuanian parliament plans to continue on Tuesday debates on the so-called Magnitsky...

An idea for Russia – can Lithuania present it? (1)

Recently we have been looking for an Idea for Lithuania. However often they are created in a vacuum...

A group of Lithuanian parliamentarians have registered the draft Magnitsky Law , which would ban...

Lithuania's parliament opened debates of the so-called Magnitsky Act , which would ban entry to...

The Lithuanian parliament's Health Affairs Committee has no intentions of deciding on ratification...

On Wednesday evening, the social network Facebook saw a mass blocking of all Internet addresses (URLs)...

I. Šimonytė‘s team presents more than 68,000 voter signatures to the VRK

On Thursday, pages with signatures from those supporting presidential candidate Ingrida Šimonytė...

The Homeland Union – Lithuanian Christian Democrat Seimas group is joined by yet another former...

After “ Farmer ” amendments to the children’s rights protection law were not passed by Seimas on...

Rokas Masiulis on Vaitkus’ dismissal: no other option here

Minister of Transport and Communications links complaints levied against himself to his dismissal of...