R. Bogdanas. Klaipėda and aggression on the Kerch straits

Ramūnas Bogdanas
aA
To sit down with the US president and split the world – this is V. Putin’s great dream. A 20 minute long talk was to be held between the two leaders in Buenos Aires during a G-20 meeting and after – two hour negotiations including delegations. All that remains of this is one question that D. Trump posed to V. Putin as he was walking. This question was not about Syria, not about intermediate distance rockets. It was about the attack on Ukrainians on Kerch straits. 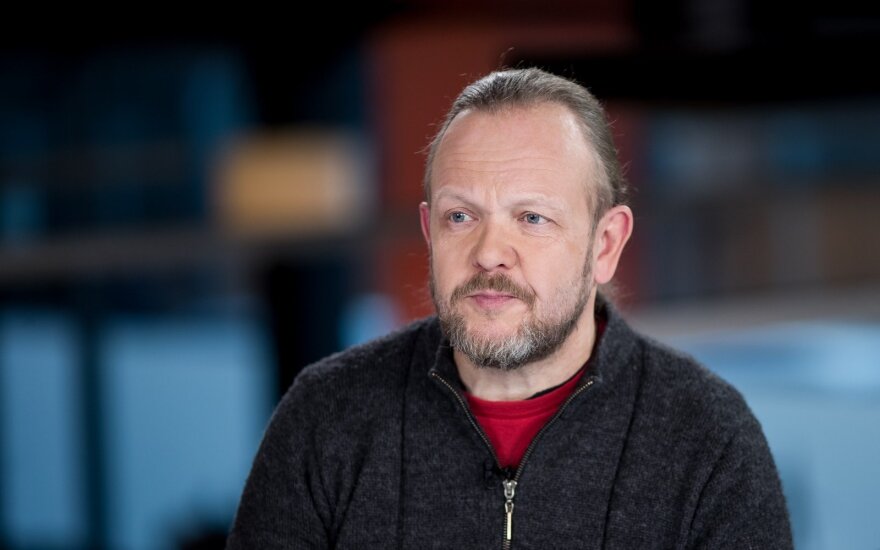 Why did the United States in the person of its president raise the matter of little known straits? After all, the Sea of Azov is in the periphery of international trade routes and has few prospects to increase transit due to its shallowness because it is unsuitable for large ships. But with their attack, the Russians struck at the heart of international free trade, denying movement through straits, which is based on international agreements. Trade by sea is a matter of national security for the United States. And the Russians, through their actions against the Ukrainians, struck at this.

The Russian FSB's report, published on its website, writes that the Ukrainians declared they are to sail through the straits based on the 2003 intergovernmental agreement. It was signed by V. Putin himself and so far, no one has abolished it.

Despite V. Putin now talking about a breach of Russian territorial waters, this concept does not apply in that geographic location. There has never been a naval border between Ukraine and Russia in either the Kerch straits or Azov Sea. Neither of the countries wanted this because with the creation of a border, territorial waters would emerge and the middle of the Azov Sea would become international waters, which can be travelled by anyone. Thus, the Azov Sea and Kerch straits were declared Russian and Ukrainian internal waters in the agreement.

Another Russian argument, beyond the self-ascribed right to control of the straits, is protection of strategic significance infrastructure. This is regarding the bridge over the straits built by one of the firms belonging to V. Putin's friend Arkady Rotenberg in disregard of Ukrainian interests and covering its disregard and massive costs with the slogan of Crimea's incorporation into Russia.

The Ukrainians were not successful or were too inactive to enter the bridge construction into the international agenda and it has now become a blockade measure against the Ukrainian Sea of Azov shore. By killing off the revenue of Mariupol Port and raising mass discontent among residents, the Russians can once again repeat their well-rehearsed attack and take over the seaport up to Crimea.

Andrey Illarionov has noted that the main goal of the possible attack would be to take over the headwaters of the Crimean channel in Ukraine because through it Crimea is supplied with water.

If Russian rights to defend the bridge from supposed threats via blockade were recognised, all the Eastern Baltic States would have cause for concern. After all, the Ukrainian ships stopped 15 km away from the bridge upon warning from the Russians and then tried to withdraw, but this did not help.

Just look how the Baltic Sea is split by the Nord Stream gas pipeline. With a second pipeline laid down, it is expected that 55 million cubic meters of gas will flow through it per year and this will be an infrastructure object of particular importance. One day, Russia will begin protecting it the same as Kerch Bridge now.

For example, they will set regulations that every ship that crosses the pipeline must obtain a permit from, for example, Kaliningrad port. They will set that Russian ships protecting the pipeline have the right to check cargo for explosive, after all the ships would be headed to the fascist Baltic States or Russophobe Poland.

All four countries would be left behind a naval cordon and would face massive losses due to shipping obstructions. Transit through Klaipėda port would lose any appeal and the Lithuanian budget would face immense losses.

Or imagine, a tanker heads to our LNG terminal in winter and is stopped due to a supposed threat to infrastructure and there are lengthy checks if it won't explode due to a supposed gas leak as it travels over the gas pipeline.

If Russia is backed down to regarding the Kerch straits, it would have a precedent to continue its destructive activities. Unable to attack directly, Russia seeks to muddy the waters, dig under the foundations of international relations and nurture its aggression in this confusion.

The main objective of our foreign policy is to convince our allies to prevent the further spread of such chaos before it moves into the Baltic Sea. We must consistently monitor the resolution of the Kerch incident in the Norman format (with the participation of Ukraine, Russia, Germany and France), which Angela Merkel already agreed to with V. Putin in Argentina. After all, Germany is the main defender and benefactor of the Nord Stream project in the EU.

Now Petro Poroshenko invites German warships into the Black Sea. Let us hope the times do not come, where we must call on their ships to come to the Baltic.