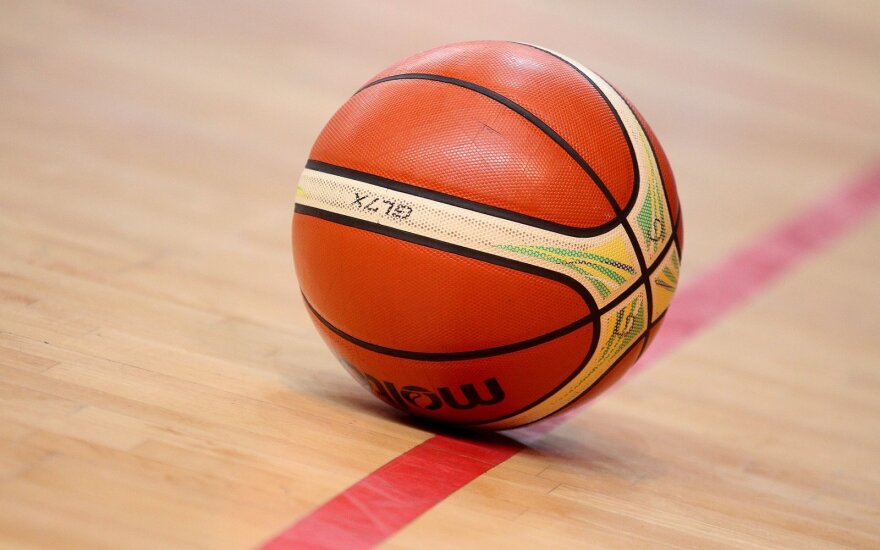 According to the initiator of the letter MEP Antanas Guoga (Lithuania) to the European Commission, the dispute goes beyond the internal affairs of the international basketball federation because it might violate EU competition law and brings the players of European basketball at the epicentre of the ongoing issue. "Solution is needed immediately and it will play a vital role in promoting the sport of basketball, forming of national basketball identities and ensuring the competitive, beautiful basketball games for all the European countries".

The undersigned members of the European Parliament from 5 major political groups and 9 EU Member States "We believe that the passion to play for your own country should not contradict the seasonal work of the players and their contracts with the clubs. Moreover, institutional decisions should not put players' health under threat. Sports history shows that it is possible to coordinate the passion to defend your country's honour in sports and work for the clubs", states

The MEPs underlines that FIBA's decision of a new ''window'' policy affects the national teams, which will lose their best players because of conflicting commitments for the clubs. "Due to the new national team game "window" policy implemented by FIBA, the World Cup qualification tournament (2017-2018 season) will be played within three different months of the year (November, February and June/July), instead of exclusively during summer time as it has previously. Therefore, most national teams are deprived of their best players because of the new overlapping schedules implemented by FIBA."

In the letter, MEPs emphasize the flaw of the system as the American basketball league NBA where some of the best European players are signed, is in session during the same months. MEPs note the hypocrisy by FIBA in regards of European basketball players: "Yet of these two leagues, only Euroleague is being forced by FIBA to release their players for the November and February window sessions".

MEPs draw attention to the legal dispute and precedents like Munich Regional Court ruling and the case of the International Skating Union (ISU). Munich Regional Court ruled that FIBA and FIBA Europe are prohibited from sanctioning or threatening to sanction inter alia basketball clubs who play under ECAs banner and National Basketball Federations. Also, the sports community is well aware of ISU case in 2015, which proved that organisations should not restrict athletes from participation in alternative competitions. In case of ISU, the official position by the European Commission's Directorate-General for Competition was that the rules restrict the athletes' commercial freedom unduly, resulting in a situation where they are not willing to participate in speed skating events other than those organised by the ISU or its members (national federations), thus preventing alternative competitions from attracting top talents.

"The above mentioned unilaterally taken FIBA decision is also violating the EU competition laws. Therefore the undersigned members of the European Parliament urged the European Commission to evaluate the conduct of FIBA and FIBA Europe related to possible unlawful abuse of its dominant position in accordance with Articles 101 and 102 TFEU", reports A. Guoga.

Mr. Guoga has been involved in the basketball for decades. He has sophisticated knowledge at both levels - regarding national basketball team and the club level. Mr. Guoga was the national basketball team's manager from 2010 until 2012 and served as the Vice-President of the Lithuanian Basketball Federation until 2016. When Lithuania's national team failed to qualify for the 2010 FIBA World Championship in Turkey directly and had to apply for a wild-card entry, he organised a support campaign for the team. The national team was consequently chosen for the tournament and moved on to win the bronze medal. Mr. Guoga also served as Lithuanian Olympic during the London Summer Olympics in 2012. Mr. Guoga is a president of the Lithuanian basketball club "Lietuvos rytas".

Lithuania's Prime Minister Saulius Skvernelis says that the government would earmark money for...

Lithuanian basketball team to be headed by Gudelis, may be renamed Rytas

Lietuvos Rytas , a top Lithuanian professional basketball club, may be renamed Rytas in the future,...

The Lithuanian government is planning to bring back the requirement to wear masks in indoor public...

On Monday, 1 225 new COVID-19 cases were recorded in Lithuania. Since the beginning of the pandemic,...

Eight out of 21 illegal migrants who fled camp found (1)