...
DELFI EN
aA
Russia would defend the rights of its nationals and Russian speakers everywhere, including abroad. Such are the menacing notions emanating from the Kremlin for some time now. Meanwhile what would the ethnic Russians of Lithuania do if Russian tanks and “green men” rolled into Lithuania? 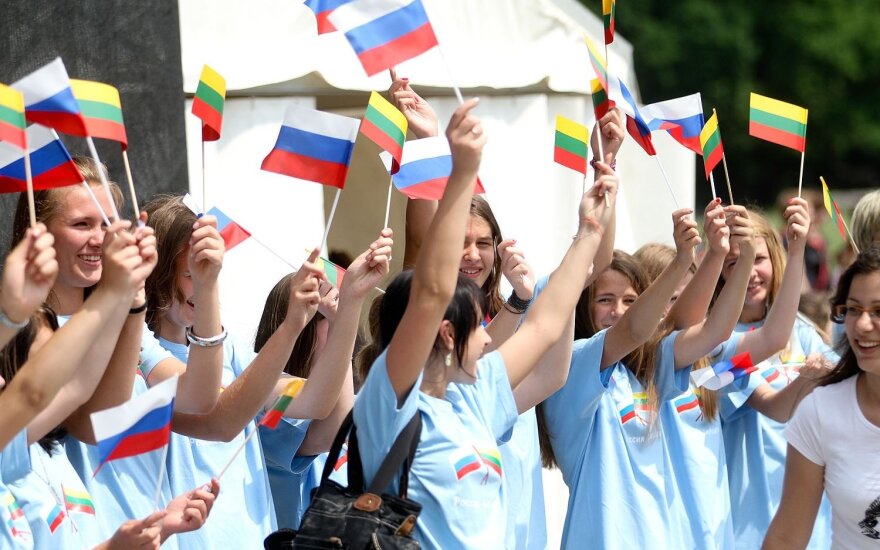 Ukraine got the opportunity to test the gravity of such notions two years ago when Russia annexed Crimea and parts of Ukraine's south-eastern regions in the name of “defending” the rights of Russian speakers. A part of them celebrated and openly supported the occupation forces.

The Baltics were left uneasy. Not only because Russia could repeat such actions against Lithuania, Latvia and Estonia. As part of its hybrid warfare, Russia has involved its compatriots, and so some voices in the Baltic States started asking: what would local ethnic minorities, mostly Russian speakers, act in the event of an attack? Would they defend their country of citizenship where they live? Or would they greet their “liberators” with flowers?

Related articles
What would Lithuania's Russian speakers do if Moscow invaded the country?
Russian propaganda most impactful on ethnic minorities

Such ethnic prejudice, on the one hand, is in bad taste and can push Lithuania's ethnic Russians, Poles and other minorities into insulation. However, it is no secret that the Vladimit Putin's regime does consider the presence of ethnic Russians in foreign countries a factor and a potential tool in its policies.

“Russian aims in Lithuania are aided by leaders loyal to Moscow who call themselves [Russian] compatriots,” according to a report on threats to national security prepared by the State Security Department (VSD) and the Second Investigation Department under the Ministry of National Defence.

According to the authors of the report, the said leaders “often act in purported defence of the rights of Russian speakers in Lithuania”. Russia finances two such organisations in Lithuania – the Basic Rights Defence and Investigation Centre and Independent Human Rights Centre.

But what threat, if any, do such organisations and Lithuanian minority representatives pose? Are they loyal to Lithuania? What would ethnic Russians do in case of a potential war with Russia? A clear cut answer to such questions is hardly possible to come by, but there has been an attempt to know the general views of ethnic minorities with the help of a thorough survey.

What did the survey show?

The Baltijos Tyrimai / Gallup survey, commissioned by the Eastern Europe Studies Centre, interviewed 500 Poles, Russians and other people of non-Lithuanian ethnicity between the ages of 18 to 74.

According to the deputy director of Baltijos Tyrimai Romas Mačiūnas, such criteria are probably the most objective means of exploring the opinions of local ethnic minorities, since these municipalities are home to around 90% of the country's non-Lithuanian population. The margin error is within 4,38%.

“While there have been similar surveys before, the current sample of 500 respondents allows us to objectively uncover the results, rather than performing a research including 13 to 14% of the entire Lithuanian population,” said Mačiūnas.

A larger portion of the respondents (55%) were women, as well as people in the 50-74 year old category. Polish speakers made up 46% of the sample, 35% were Russian, 8% Belarussian, 6% Ukrainian, 2% Jewish and 3% of other ethnicities. The majority of the respondents (83%) were born in Lithuania.

Among the tens of questions and statements in the survey, there were a few related to the topic of loyalty to Lithuania. For example, 64,8% of the respondents agreed with the statement that if Lithuania were attacked, its citizens would defend it. While such a statement is formulated neutrally, it helps to gain insight into the respondent’s point of view.

According to Mačiūnas, the survey offered little in the way of surprises, although when responding to some of the neutral statements or questions, the interviewees projected their opinions as well.

A higher percentage of those agreeing with such a statement was among those who are proficient in the Lithuanian language – read, write and speak Lithuanian (74.6%), those for whom Lithuanian was the main language of tuition (81.1%), have a native Lithuanian spouse or have completed higher education (80.5%).

By the way, a similar survey was undertaken this year in Estonia where 25% of the population see themselves as ethnic Russians. Around 45% of the respondents assured they had the skills to defend Estonia.

That said, the question was formulated in a neutral tone without naming any particular threats, although most Estonians named Russia as a threat, while Russian speakers were more inclined to discuss threats in more abstract terms.

A 2014 European Values Study conducted in Lithuania showed that, in general, the number of those speaking up for defending Lithuania was around 57%, a major increase from 2005 when the share was only 32%.

Still, there have so far been no attempts in Lithuania to pose the question of defending the country specifically to ethnic minority populations.

In the June-July survey done in Lithuania, more Russian speakers, 65%, said that the country's citizens would defend it in case of a military attack compared to Polish speakers, among whom the share was 59.9%.

No less interesting are the distributions of responses in different municipalities. For example, the majority of those doubting citizens' resolve to defend Lithuania in the districts of Vilnius and Šalčininkai, where the majority of inhabitants is of Polish ethnicity. Here, 42% somewhat agreed with the aforementioned statement, while only 8% completely agreed.

The situation is a little better in Vilnius City. 48.3% of the respondents said they somewhat agreed with the statement that in case of an attack Lithuania's citizens would defend it. However, the number of those who firmly believed it was true was far higher in the capital city, 22.1%.

If the Kremlin decided to act the part of “liberating oppressed Russian speakers” in Klaipėda or especially Visaginas, a town where Russian speakers make up the majority of the population, the “little green men” would unlikely be welcomed warmly: 51.8% somewhat agree and 21.7% completely agree with the statement that Lithuanian citizens would defend their country.

“When talking about the country's defence, Russians have always been more prepared to defend the country, especially those of younger age, who identify with this country. Just look at the lists of military conscripts – they go and serve,” said Mačiūnas.

Interestingly, up to 62.5% of those agreeing with the necessity to defend Lithuania were unwilling to specify their Lithuanian language proficiency.

Another statement, claiming that NATO and EU membership was important for Lithuania, was endorsed by only 42.8% of the respondents, while 22.2% disagreed with it.

Meanwhile the statement that some of the ethnic minorities are disloyal to Lithuania was met with an almost even distribution of opinions. Less than a third agreed with such a statement, 33.4% neither agreed nor disagreed, 31.2% disagreed with it.

This time, more of those agreeing (35.5%) were among those whose main language of tuition was Polish, compared to both those from Lithuanian speaking schools (32.4%) as well as those from Russian speaking ones (26.5%).

Some statements on international politics did reveal interesting results. For example, more than half of the respondents (52.8%) agreed with the statement, pushed by Russian propaganda, that Russian policies were an adequate response to US and NATO actions directed against it.

This statement was endorsed mostly by respondents without university degrees, those whose first language at school was Russian (54.4%) or Polish (53.9%) and those who were not proficient in Lithuanian (62.5%).

Furthermore, the annexation of Crimea by Russia, which is seen as a serious violation of international agreements, was seen as lawful by 42.8% of respondents. Those more inclined to agree that Crimea lawfully belonged to Russia numbered 48.3% among Russian speakers and 39.5% among Polish speakers as well as 65.6% of those who are not proficient in Lithuanian.

Finally, 40.8% of respondents essentially agreed with a statement that came from Vladimir Putin: that the dissolution of the Soviet Union was one of the biggest geopolitical catastrophes of the century. Interestingly, those agreeing with Putin were more likely to be Polish speakers (43.4%) than Russian speakers (41.2%).

Nevertheless, according the Eastern Europe Studies Centre (RESC) director Linas Kojala, there is no need to dramatize the results of the survey.

“A tendency is visible that better integrated groups of the society (for example, those fluent in Lithuanian) view such questions more optimistically, like the matter of citizens defending Lithuania in the face of a threat. The percentage of those who speak Lithuanian poorly or don’t know it at all is significantly lower, but at the same time it is necessary to note that there are also not many who completely disagree with the statement,” Kojala said.

There is a clear need for projects that would encourage inter-ethnic dialogue and strengthen the public sphere in an atmosphere where neither a person’s ethnic origin nor native language matter, according to Kojala.

Furthermore, it is particularly interesting that a third of Polish speakers and a quarter of Russian speakers agree with the statement that some parts of ethnic minority communities could be disloyal to Lithuania, Kojala said.

“On the one hand, this shows that among some segments of the society, the problem of dissatisfaction with the state is relevant. On the other hand, there are many conscious members of ethnic minorities who are conscious of such a phenomenon. Therefore a careless generalised fear of minorities or prejudice that they are a threat to national security are without basis,” According to Kojala.

What would Lithuania's Russian speakers do if Moscow invaded the country?

A recent poll asked Lithuania's ethnic minorities what they would do if the country were attacked by a...

After the parliament voted down the earlier initiative for a special foundation for development of... 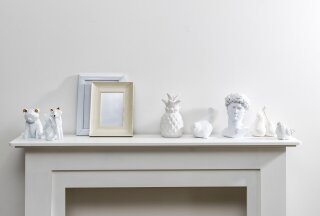 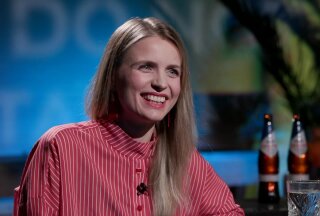