Lithuanian president: we are lucky that French leader loves Europe 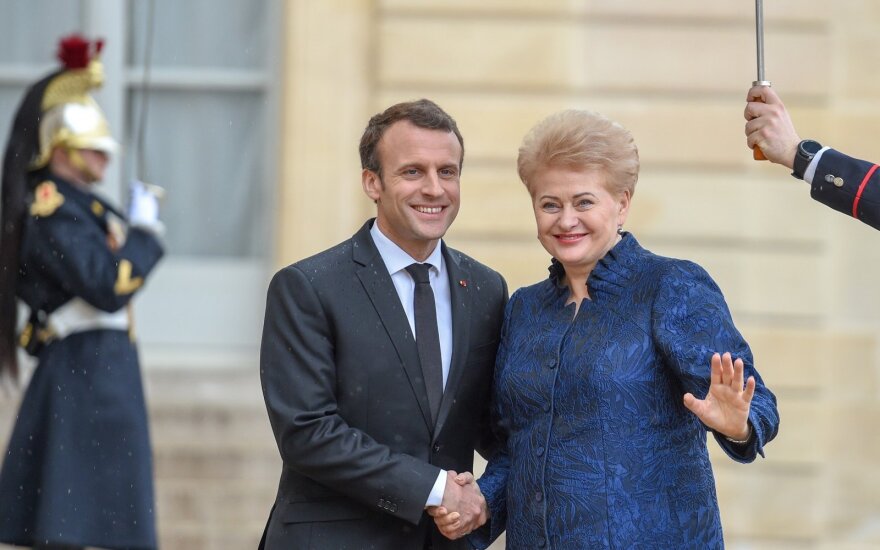 Grybauskaitė gave a keynote speech at dinner in honor of the French president, laureate of Charlemagne Prize 2018, on the eve of the award ceremony.

"Today for my region, for young countries who came here only 30 years ago, Europe still is a passion, and belief, love, trust and everything what we wanted to achieve for us and for our people," the Lithuanian leader said.

"It's not fashionable to be European sometimes," she added.

The Lithuanian president underlined that Europe has to take increasing responsibility for defense and security, nuclear non-proliferation, climate change and other global issues.

"We have to rely on ourselves more, be united and work together; and Emmanuel Macron's leadership helps to deliver it," she said.

The people of Aachen instituted the International Charlemagne Prize in 1950 to promote peace, unity and concord among European nations. It is one of the most prestigious awards in politics.

Macron: we're committed to Europe that can protect itself against external threats

What unites the Baltic countries and France is their firm commitment to a strong Europe that can...

Lithuania and seven more countries in northern Europe on Tuesday warned against rushing with the...