(1)
BNS
aA
The foreign ministers of Lithuania and Denmark on Tuesday criticized the plans of expanding the Nord Stream gas pipeline on the bottom of the Baltic Sea between Russia and Germany, pledging efforts to influence the European Commission (EC) into being stricter in connection to the project. 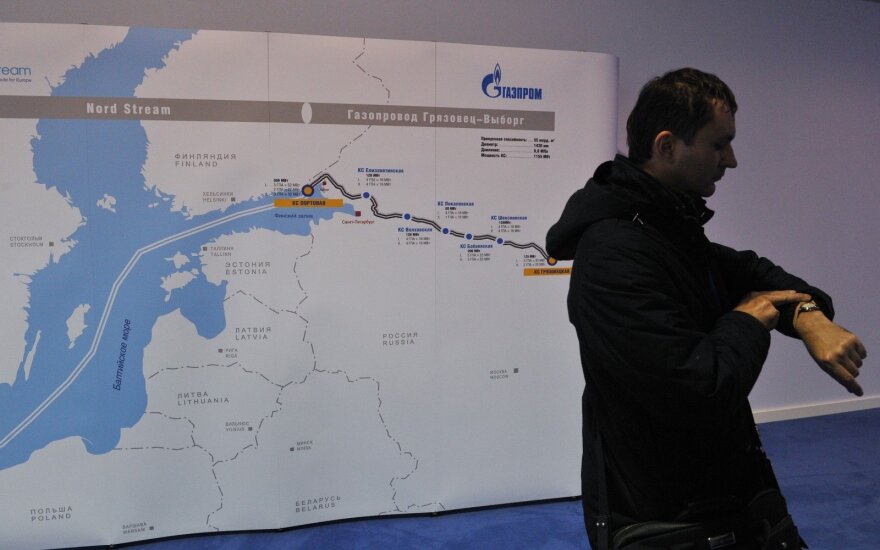 Linas Linkevicius, the Lithuanian diplomacy chief, said Vilnius and Copenhagen would harmonize their positions on the Nord Stream 2 project.

"We will harmonize our argumentation in the sense that we will definitely make an impact, as the position is clear, the political stance has been stated repeatedly," Linkevičius said at a joint news conference with his Danish counterpart, Anders Samuelsen.

Lithuania and Denmark believe that gas pipeline project, which is being developed by Russia's Gazprom and a few other European companies, would make Europe more dependent on Russian gas and undermine Ukraine as a transit country.

Nord Stream 2 developers seek the gas pipeline to be laid on the bottom of the Baltic Sea and cross Denmark's territorial waters before reaching Germany.

The Danish government has confirmed receipt of the request, pledging to look into it, at the same time drafting legal bills that would allow blocking the pipeline due to foreign and security policy reasons.

Nevertheless, Samuelsen emphasized that Denmark would not engage in unilateral blocking of the entire project and would seek to press the European Commission.

"We do no think that it is fair that it's only Denmark, as a small country, that should make a decision on a big issues like this. Therefore, we are trying to convince the commission to understand the question," said Samuelsen.

Miguel Arias Canete, the European Commissioner for Climate Action and Energy, has recently stated that the Nord Stream 2 project was not consistent with the European Union's energy policy objectives.

The EU's executive arm, the European Commission, is currently seeking a mandate from EU members for holding Nord Stream 2 negotiations with Russia.

Supporters of the gas pipeline maintain it would allow slashing gas prices across Europe.

Danish Foreign Minister Anders Samuelsen is to pay a visit to Vilnius on Tuesday.

After German parliamentary elections secured Chancellor Angela Merkel with yet another term in...

In a discussion at the European Parliament, Lithuanian MEP Rolandas Paksas on Thursday called on...

German President Frank-Walter Steinmeier on Thursday is starting his two-day official visit to...

Lithuania's former President Valdas Adamkus on Tuesday called for convening a meeting of the...

EU has no legal tools to halt Nord Stream 2 - Vestager

Expansion of the Nord Stream 2 gas pipeline is not in the interest of the European Union, however,...

The joint venture of the three Baltic states RB Rail AS has commenced the Study for the Development of...

The Latvian defense ministry proposes developing a comprehensive national defense system that would...

Negotiations on Latvia's next coalition government ran into a deadlock again on Thursday as the five...

The prime ministers of Lithuania, Latvia and Estonia met here on Monday on closer cooperation and...