How Putin's western front thwarted pivot to the East

(1)
Pavel K. Baev, Eurasia Daily Monitor
aA
Over the past several years, whenever Moscow entered into a difficult encounter on the Western “front,” it has typically tried to show interest in expanding ties in the Asia-Pacific. 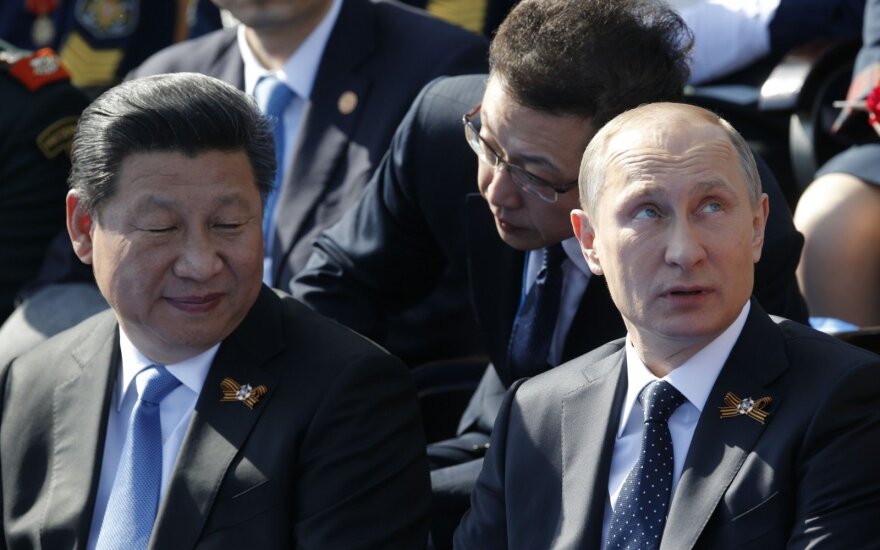 In the last couple of weeks, the fruitless meeting of the NATO-Russia Council was followed by several risky intercepts and mock attacks by Russian fighters over the Baltic Sea. Foreign Minister Sergei Lavrov found it opportune to label Lithuania the most “Russophobic” state and to warn Sweden against joining the North Atlantic Treaty Organization (NATO), but his promise of “military-technical” counter-measures did not go over well at all in Northern Europe.

It was far easier for Lavrov to communicate with Chinese Foreign Minister Wang Yi and to pave the way for President Vladimir Putin’s visit to China in June. He also scored diplomatic points by securing Japanese Prime Minister Shinzō Abe’s visit to Sochi in early May.

Russia’s Ministry of Foreign Affairs presents this long-discussed meeting as a victory over US objections, but Abe and Putin may have rather different expectations about their upcoming tête-à-tête. Japanese authorities assume that Russia’s deepening economic crisis will compel Putin to be more flexible regarding the deadlocked dispute over the South Kurile Islands, compelling him to bargain for a compromise. In Moscow, the prevalent assumption is that Tokyo is so worried about the deepening strategic partnership between Russia and China that it is ready to bracket out the eternal disagreements over the lost islands and to soften the sanctions regime.

The fact of the matter is, however, that Japanese businesses find the investment climate in Russia singularly unattractive, even in the energy sector, and so these companies are generally not all that upset with sanctions. What Japan is indeed worried about is the series of missile tests executed by North Korea. But Russia can only express disapproval of such reckless behavior and, apparently, sees no need to actively do anything about it, despite the obvious risk for nearby Vladivostok.

Lavrov was eager to condemn, together with Wang, the United States’ plans for deploying in South Korea new elements of the Terminal High Altitude Area Defense (THAAD) missile defense system, claiming that such actions are more destabilizing for regional security than North Korea’s misbehavior.

Addressing a meeting, in Beijing, of 26 Asia-Pacific region foreign ministers, Russia’s top diplomat was also happy to elaborate on the topic of US responsibility for the escalation of global conflicts and the spread of the international terrorist threat. And Lavrov expected to find perfect accord with his Chinese audience. Yet, Russian rhetoric on the steady growth of tensions in the “multi-polar” world and on the growing probability of clashes between the main “poles” tends to surpass the level of bellicosity China feels comfortable with. Beijing prefers to emphasize new stability underpinned by its “peaceful rise,” and it seeks to minimize the fallout from any micro-confrontations on China’s hugely important economic relations with the US.

Some Russian experts argue that anti-Americanism makes for a poor foundation on which to build a friendship with China. However, problems in Russian-Chinese relations go deeper than just missing the proper tone in aggressive rhetoric. Gazprom keeps insisting that the work on the so-called “$400 billion” contract, signed in May 2014, is on track, though it is clear that at current prices the agreement is not only three times cheaper but also has negative cost-efficiency.

Furthermore, the plan to compensate for the deep decline in bilateral trade by expanding Russian arms exports to China has hit bureaucratic delays: neither the contract on modern Su-35S fighters nor the contract on the S-400 long-range surface-to-air missile system has been finalized.

Beijing balked at Moscow’s attempts to persuade Saudi Arabia and other Gulf exporters to “freeze” oil production in order to ensure a price rise. And these attempts were destined to fail because Iran is unwilling to curtail its plans to expand into global the oil markets. As such, China has become more aware that its interests in the Middle East are in serious disagreement with Russia’s interests.

Putin himself tried last week to put a positive spin on Russia’s “pivot” to the East by attending the first launch of a Soyuz space rocket from the newly-built Vostochny cosmodrome in the Amur oblast. He had to stay overnight because the launch was postponed by one day. This minor setback revealed so many problems with the construction of this vast (550 square kilometer) space center that instead of awards, he issued reprimands to Deputy Prime Minister Dmitry Rogozin and other top officials. This pet project has been beleaguered by endless problems and registered tall cost overruns; it remains half-accomplished and is poorly connected to the regional infrastructure.

Indeed, at the present level of petro-revenues and considering the level of corruption inherent to Putin’s system of governance, Russia cannot afford such mega-projects—nor can it succeed in advancing the state-centric program for developing the Far East.

The Russian state is a poor manager of the depressed and heavily militarized economy of this region, and that makes Moscow—with its heavy reliance on military instruments of policy—a deficient actor in the multi-lateral political processes driving the Asia-Pacific. Putin poorly connects with the networks of regional leaders who put a high premium on economic growth. And his propensity for surprise moves in projecting power earns him little respect even in China because the resulting economic decline is too obvious.

The paradox of Russia’s “pivot” to the East is that it is both driven and enfeebled by the confrontation with the West since Moscow has to focus its attention and to concentrate the bulk of its dwindling resources on managing this confrontation. By annexing Crimea and making war in Donbas, Putin has established that Russia’s future would be decided by the conflict with Ukraine—and there is no escape from this fateful geopolitical catastrophe.

Republished with permission from the Jamestown Foundation

Lithuanian President Dalia Grybauskaitė is to meet with his Ukrainian counterpart Petro Poroshenko...